Nov 12, 2018 1:22 PM #
simmo:
Just lately I have been having the following problems, and am interested in what others think.

1. Prices have gone up dramatically, and there no longer appear to be cheaper watches available. There doesn't appear to be any model Garmin, Suunto or Polar for less than $AU400, and they all have numerous bells and whistles that I don't need, where previously there were models with basic gps and hrm for around half that price.
2. Garmin service is useless - I cracked the screen on my 235 FR and despite several emails to the service department about a replacement screen (or watch) - which I'm willing to pay for - no response has been received.
3. As a result of not being able to use the Garmin in the rain I purchased a cheaper Tomtom, but after a couple of months use my PC won't recognise the Tomtom usb to download activities - though strangely it still charges the battery. I was quite impressed with the Tomtom and the Connect Activity app until it stopped working - a pity as it was much more user friendly than the Garmin equivalent. Now I'm told that Tomtom will no longer be making watches.
Advertisement
Nov 12, 2018 1:25 PM #
simmo:
Some of the prices being asked are ludicrous - $800 - $1100 for a watch. I might as well buy a Rolex!
Nov 12, 2018 1:44 PM #
gordhun:
Is the $AU down or customs duties up as GPS watch choices are still plentiful and relatively inexpensive in North America.
Nov 12, 2018 1:55 PM #
fossil:
A quick sampling of new Ambit3's for less than that with top notch gps and hr. You can find lower prices if you're willing to buy used:

Do you have a smartphone?
Already have a heart rate monitor HRM?
Then you could use an app, such as Polar Beat, to record GPS and heart rate. No added cost.
Nov 12, 2018 5:33 PM #
Hammer:
I got a FR10 a few years ago but it shows my running pace as much slower than my first GPS watch did 10 years ago and it also shows a lot more random tracks in the vicinity of controls than my first GPS watch 10 years ago. Clearly the watch quality is deteriorating fast with age.
Nov 12, 2018 9:19 PM #
jjcote:
Nancy and I have both been using the FR10 for a few years now, and the only problem I have is that my download cable is getting flaky (need to buy a new one). Seems very simple to use.
Nov 12, 2018 11:31 PM #
yurets:
My Windows 10 computer does not recognize FR35 after the latest Windows 10 update. As usual, their update killed all the device drivers, and replaced them with some garbage. I managed to manually reinstall wireless printer, no such luck with FR35. Luckily I manage to sync data via Bluetooth using my tablet,
but overall the experience with their interface is pure disgust.

This is IMO an overall trend globally, not only down under -- as the new generation of millennials enter the workforce, and they are functionally illiterates, everything falls apart.
Nov 13, 2018 2:16 AM #
Juffy:
Goddamn millennials! 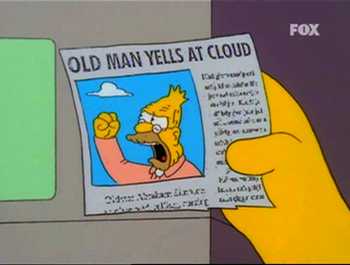 Nov 13, 2018 2:36 AM #
Cristina:
I’m still trying to figure out who General Moan is. Was life better or worse as a Major?
Nov 13, 2018 3:14 AM #
Juffy:
I'm surprised they made it to Corporal - last I heard, Private Moan got discharged for conduct unbecoming.
Nov 13, 2018 6:55 AM #
Jagge:
"There simply is no room for proper antenna in these new thin and sleek watches, so buyer has to choose between GPS performance and sleek form factor. Slim form factor is winning. I can pretty much spot the best gps watch by picking the biggest and bulgiest.

Garmin figured they got accuracy more than good enough with model 205/305, released 2004, and since that it has been all about making devices smaller and sleeker with more bells and whistles while keeping GPS almost as accurate, but just almost. Garmin's most accurate model ever is still 205/305. Polar got there much later, 2014 with V800. Since then bells and whistles and no proper antenna. Suunto got it's act together quite late too, with Ambit3 (huge leap in accuracy from previous models), since then just it has been all about prioritizing thinness, bells and whistles over gps accuracy."
Nov 13, 2018 10:12 AM #
TheInvisibleLog:
Can I moan about Windows 10 and com ports for external GPSs. No, I didn't think so.
All is wonderful with W10.
Nov 14, 2018 12:44 AM #
gruver:
Not a wearable Simmo but I had good service from Garmin Australia with a hand-held. Had some troubles connecting to PC after getting really wet and the thought of losing a day's fieldwork suggested a replacement. My NZ supplier suggested a refurb one at half the price. Dealt with Garmin Australia via a NZ phone number and everything went well. I could give you a NZ number to ring, heh heh.
Nov 14, 2018 3:58 AM #
Bash:
Jagge, who wrote that? I totally agree.

Surprisingly, Suunto.com sells several Ambit3 models at reasonable prices including shipping from Finland. Mine arrived in Canada in about a week. You can't replace the batteries in the Ambits so you take a chance if you buy a used one or a new one that might have been sitting around for a few years. As Jagge mentioned, these are more accurate than the newer Suunto watches that cost up to twice as much.
Nov 14, 2018 7:58 AM #
mikedufty:
There seem to be lots of the top end Garmins at reduced prices lately ($399 for 935 or fenix 5) but I guess getting more features at the 235 price is not what you are after. Actually looks like 235s are down to $299, I guess they won't sell many if you can get a 935 at the same price.
Nov 14, 2018 2:04 PM #
andrewd:
Garmin service was fantastic for me, the strap broke on my 235 a few weeks after buying it, they shipped me a new one free of charge, got it within a few days.
Nov 14, 2018 2:36 PM #
fossil:
November is traditionally when markdowns happen, to make room for new models with more bells and whistles!
Nov 14, 2018 4:21 PM #
jjcote:
Actually, a built-in whistle might be a nice feature, for those meets that require one. Better than some of the other useless stuff they provide.
Nov 14, 2018 5:01 PM #
Jagge:
Or built-in bell, so More B would not need to install external ones
https://twitter.com/v_pe62/status/9094919578519879...
(turn sounds on and loud enough)
Nov 14, 2018 5:48 PM #
BrianJohnston:
Whistle—why not—some Petzl headlamps feature a “whistle integrated in the elastic headband allows the user to signal an emergency.”

Whistle integration into watch strap, SI Stick, compass, hydration/running pack/vest, headlamp, etc.
Nov 14, 2018 7:00 PM #
jjcote:
SI stick would be pretty easy.
Nov 14, 2018 10:41 PM #
dcady:
Is a smartphone (such as iPhone SE) running Strava more accurate than one of these new slim GPS watches?
Nov 15, 2018 7:04 AM #
Bruce:
I agree with Simmo. The new Garmin prices are out of control. I spoke with one of their reps recently and they are not that interested in runners. They are now targetting smartwatch customers.
Last month I found another Garmin 235 at Rebel for $299. It is a good watch for a serious runner and is a reasonable price when discounted. Most other Garmins are very expensive in Australia.
Dec 23, 2018 7:36 PM #
yurets:
Both Best Buy and Amazon lowered the price of Garmin FR 235 to $139 plus tax (black color only).

Gordhun, it appears, got the last good watch, in the new batch they are all substandard.

The latest (cell phone targeted) gps chipsets are capable of great accuracy using 3 sat sets simultaneously, one of them (Galileo)with a pair of open frequencies, but instead of giving us significantly better precision, those extra sats are instead used to save some battery power and/or work with smaller and smaller antennas. :-(

I have been searching for a bluetooth GPS logger using the same chipsets, and either having a proper internal antenna or allowing an external antenna. The one I bought last year have such a chipset but that doesn't help because the vendor refuses to update the firmware to support more than two constellations.
Jan 8, 2019 4:57 PM #
yurets:
@Terje Mathisen:

There is something else with FR235, as I just discovered.
When I extracted GPS data to use with QuickRoute I noticed the size of GPX file was strangely small, even in comparison with FR35. Specifically it was only about 300 KB instead of expected 2-3 MB for a course of about 8km long. It turned out the watch was set by default into "smart" mode, with low sampling rate in recording data. It is possible to change it to "record every second', yet this option is hidden deep into settings menu.
Jan 8, 2019 7:56 PM #
gordhun:
Yurets: that is pretty standard with Garmin gps watches. I dealt with the 4 second/ one second options with a 610 so know to expect it with a 235. I agree it is a bit hard to find.
One other thing to watch with the watch is that if it ever goes to zero power then when it is re-charged and back in use the default settings will be back in play and you will be getting 4 second recordings until you reset the one second option. What a difference!!
Jan 8, 2019 8:16 PM #
Terje Mathisen:
@yurets: The "Smart recording" bug has hit me at least once on every GPS I have had, but I do know what to look for so I usually fix it after the first test run.
Jan 8, 2019 9:19 PM #
cmorse:
The FR235 also defaults to GPS on, GLONASS off - but with both sets of satellites turned on the accuracy is pretty decent.
Jan 9, 2019 3:53 AM #
bmay:
I know it's probably hard to believe, but there is this thing called a "owner's manual", where this stuff is all explained :-) ...
http://static.garmin.com/pumac/Forerunner_230_OM_E...
Jan 9, 2019 8:50 AM #
Terje Mathisen:
@bmay: You should know, or probably already know, that the manual is something you only attempt to read after having exhausted all other options.
Jan 9, 2019 3:06 PM #
RLShadow:
In other words: "As a last resort, read the instructions."
Jan 9, 2019 4:43 PM #
Pink Socks:
Let's see...

The linked manual does not list the default configuration, and does not mention that "smart" recording is set by default.
Jan 10, 2019 12:25 AM #
Juffy:

By default, the device uses GPS to locate satellites. For increased performance in challenging environments and faster GPS position location, you can enable GPS and GLONASS.