May 3, 2020 11:30 PM #
jjcote:
What have you tried so far?
Advertisement
May 3, 2020 11:37 PM #
Cristina:
Copious amounts of drano (always worked for me in the past), then a silly little barbed thing we got at a hardware store that was useless because it’s so short, and then a drain snake. The snake was rather primitive, and I couldn’t get it in very far. I did manage to dislodge gunk from the sink side (the clog appears to be below both) but I think that just moved down to the main clog and made it all worse.

Scoop a bit of baking soda down the drain and boil a kettle or pot of water. Work out beforehand where that pot might go if it’s straight off the stove. A kettle is less complicated.

You may need to repeat it but I’ve done this to decent effect a number of times.

Failing that, or maybe afterward, you can use a toilet plunger effectively so long as you cover up the other openings. In my most recent case (same problem) I plunged the overflow with the drain plugged after the vinegar treatment.
May 4, 2020 12:45 AM #
Cristina:
I guess I should have added another sentence saying that we're giving up and calling a plumber.

Someone suggested going down to the basement and opening things up to poke at it from there. I've been down to the basement to look at it but I am not a tinkerer and I'm not going to take anything apart, because with my nonexistent handy skills I am almost certainly going to create a bigger problem.

Too much time in the shower could be doing your body more harm than good..it can strip your body of healthy bacteria...a weekly shower during colder season is just fine
May 4, 2020 3:28 AM #
jjcote:
The reason I was asking about what the spout/faucet area looks like is because on some, there's a way to get easier access with a snake, and sometimes just creating that easier access solves the problem. But having a professional deal with it is good, too.
May 4, 2020 3:30 AM #
Cristina:
Like from the overflow drain? I could definitely get a little more progress that way but based on my look in the basement I had a loooong way to go.
May 4, 2020 3:32 AM #
bbrooke:
I still almost gag when I think back to the disgustingly huge mass of hair I pulled out of my slow-draining tub drain a few years ago. Ugh!
May 4, 2020 3:44 AM #
jjcote:
The overflow drain, yes. Depending on the mechanical arrangement, sometimes taking that apart results in a giant disgusting wad of hair and soap getting pulled out. I've done that at Nancy's place numerous times, and it solved the problem until it happened again. In any case, it also provides access to things below, be it mechanically or though chemicals.

I'm not pointing any fingers, but if you're inclined to, I'll note that you are not the household member with the long hair.

Once you get this resolved, there are things you can buy that make it much less likely for hair to make it down the drain. Hair accumulates on a screen or sieve or whatever, and can be pulled out more easily.
May 4, 2020 7:33 AM #
bbrooke:
Yes, I bought a TubShroom after that revolting experience. It's still kinda gross to peel the hair off of it occasionally, but not nearly as bad as the squirrel-sized mass I had to deal with previously. 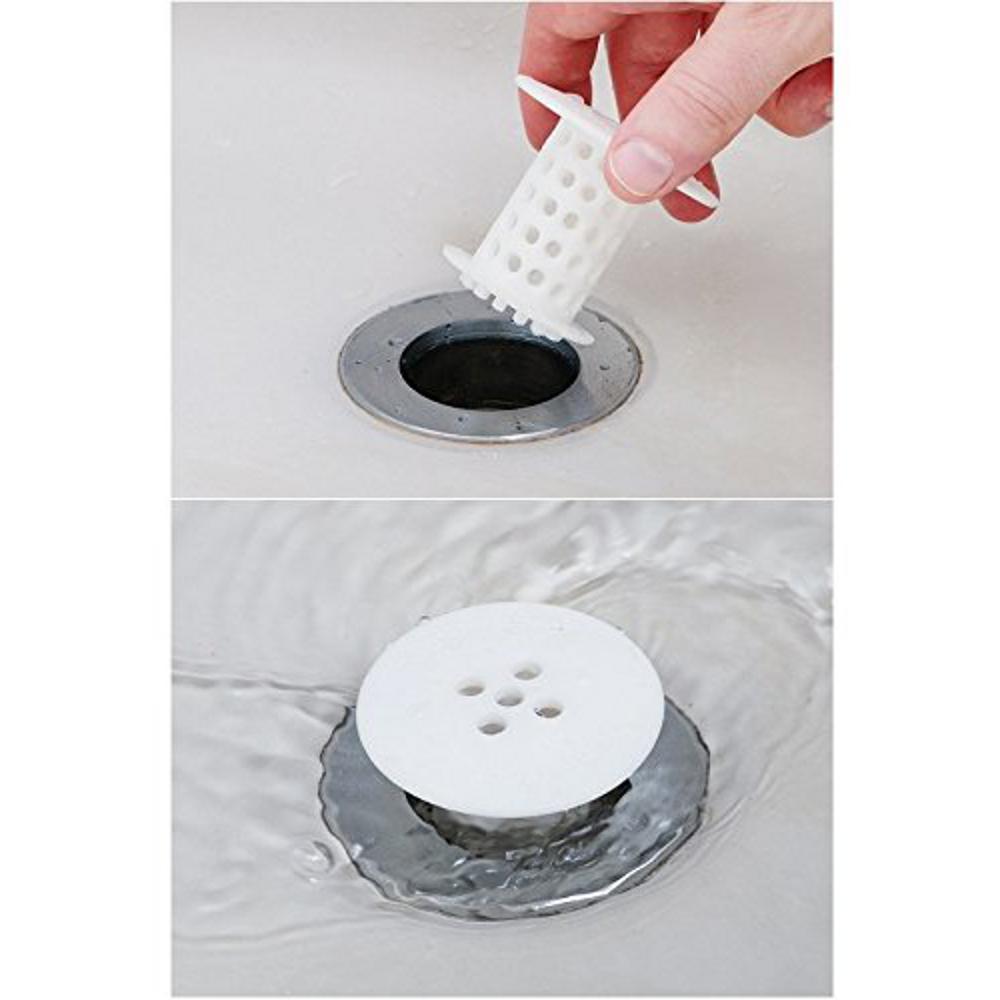 May 4, 2020 12:12 PM #
jjcote:
TubShroom is what's in Nancy's drain now as well, and it's been working well, at least since we realized that pushing it all the way in doesn't work!
May 4, 2020 12:14 PM #
jklaughlin:
Following this intensely as an apartment dweller that has had quite a few horrible tub experiences.
May 4, 2020 12:25 PM #
jjcote:
If the control to close the tub drain looks like a face (two screws for eyes, and a nose that you tilt up or down), then unscrewing the screws allows you to remove that cover, which is also the overflow.

There might be some negotiation between that cover and the actual drain plug that can be solved with some wiggling. Behind the cover is a rod maybe a foot long, at the end of which is what looks like a spring, that has an astounding amount of hair clinging to it. Once you have the cover removed, that also provides a route for the snake that may work better.
May 4, 2020 1:46 PM #
Cristina:
Taking out that mechanism was one of the first things I did, to make sure it wasn't just stuck in the down position and semi-blocking the water (it wasn't!), in addition to easier access. The entire thing was surprisingly clean and completely hair-free.

We only recently got a little catcher thing for the sink, so it's entirely possible that something hard fell down that drain and is stuck with a lot of other, more disgusting stuff.

In any case it's clear everyone is way more interested in this than in any training I'm not doing, so I'll be sure to update.
May 4, 2020 4:15 PM #
jjcote:
Sounds like you've undersold your mechanical talents, and have been taking the right steps.

At the first job I had after college, we had a toilet that was frequently plugged up. Eventually a professional was called, and it turned out that a ballpoint pen had fallen in and gotten flushed, and it was wedged in some bend in the pipe, where it would obstruct material passing by until the material had a chance to dissolve enough to move on.
May 4, 2020 5:52 PM #
yurets:
huge mass of hair I pulled out of my slow-draining tub drain

Yuck!
May 6, 2020 4:16 AM #
Ari-o:
Ooh drains! Second on the plunging, which usually works well for a bath tub, especially for newer clogs which you might be able to push through to a wider pipe and get to flow downhill. I had to take out a large mass of hair a couple of years ago from the tub, though. A long screwdriver is sometimes enough. And you can make things worse. Would recommend a stiff beverage before, during and after.
May 6, 2020 4:20 AM #
jjcote:
Because tequila dissolves clogs?
May 6, 2020 12:34 PM #
Cristina:
Final report: the plumber came yesterday. He used his very sophisticated and powerful drain snake to get Clog, using a sink entry point. I did not watch because I didn't want to breathe out in his space but I can say that it took him a solid 25 minutes to get it, so I don't feel bad about not being able to do it with my inferior equipment and skills. He reported that it was "just the usual hair and gunk" and nothing weird, but I did not see whether it was a squirrel-sized mass. RIP Clog and yay! working drain.
May 6, 2020 1:21 PM #
acjospe:
hearing that this has come to a happy conclusion has given me such a feeling of relief. Wowzers.
May 6, 2020 2:52 PM #
jjcote:
Hurray! (My worst one involved my digging up the septic tank so the snake guy could go in from that direction, so I'm glad it didn't come to that.) And a quick-draining drain is such a satisfying thing.
May 6, 2020 4:05 PM #
gail:
JJ that is nightmare stuff. I feel so bad for the snake guy. Yesterday, I cleaned the slow bathroom sink drain--yuck--but, luckily, it is working now.
May 6, 2020 5:14 PM #
jjcote:
It was pretty routine for him, actually went quite smoothly.