Sleep good and feeling a little better. Not sure if running is a good idea so having a precautionary rest day. Throat still sore.
3 PM

Sleep was good, woke up a few times but to be expected. Feeling better, but definite room for improvement. Throat still sore, but don't think it's anything to worry about. Resting heart rate has dropped in any case and still no sign of anything other than a sore throat and the occasional semi blocked nose.
2 PM

Sleep was much better but woke up around 6 and didn't get back to sleep. Still feeling quite tired so not sure what to do. Throat a bit sore (and was for part of yesterday too)
C • throat 2
3 PM

Didn't sleep much. Think body did a big detox though so not feeling any worse for it.

Meghan and Tom joining in as well. :) Tom is pro (Scottish junior 200fly record holder) so was way ahead, but Meghan's 1st open water swim so more stopping than usual. (time is Garmin connect moving time)

Really solid month. Haven't had many bad days, and those which were bad, would have been good days previously. I've had some really positive rhr data. At the moment still waiting to see the pattern over the full cycle, but it's starting to look like my average hr for the month has shifted down, by a yet to be determined amount.

I haven't felt great for most of the month, partly due to heat, partly to medications and partly to other things. Exams completely messed up my menstrual cycle last month and it hasn't got into balance yet. Hopefully next month it will be a bit more regular. I don't know how much it affected me but there were definitely a few low energy days in the middle due to it and I've possibly been in the low energy section for most of the month.

Bedtime has gone from 9-9.30 and I'm now comfortable with it. Starting to try increase reading pre-bed, but the most I've done is 45 minutes and every time I increase, it makes me wired and reduced sleep quality. Once I'm ok with it, it should help sleep and it'll be good to have no electronics pre-bed, but will probably take a while to get to that point. Whole routine is starting to shift a bit later in the evening so hopefully will start to be able to do more things around 4/5pm.

Concentration has really improved. What's changed the most is when I feel bad I can still concentrate, whereas before it was a complete no-go. Every single day, especially when over doing concentration, I used to have a feeling that my head was not in balance and feeling slightly light headed but different. Now I only get this feeling on occasions. I can spend the majority of the day doing what I like, depending on the day. I still have to be careful but it definitely isn't as hard as it used to be.

Sleep is still fairly similar. 4-6 is still a challenge, but I think it's slightly less frequent as is snacking. Heat remains to be a problem but the cooler is really helping. On some days, there's only so much it can do, especially when my body is hot.

Rolling my quads still seem to be a challenge, but it's not as big a problem as before, and hopefully it won't take long before it doesn't make a difference.

Exercise has been really positive. Hr is lower at the start when running and responding better to walking latter on. I had no problems after yesterday's run without walking. I'm still apprehensive about it but I think that's a good thing for the moment, while I build up fitness, health and confidence.

It's been so good to start swimming again, especially now with friends. It's about the only time I feel well, and like myself. I don't think too much about what I'm doing and it doesn't feel hard at the time. Hopefully health will improve quicker than pace but I may have to start being careful because my guess is the pace and distance will start to increase. I'm already swimming further and 5s/100m quicker than when I was on my own.

I'm getting to the point when I may need to start planning. I'm not sure that's good for me, so I think I'm going to need some trial and error about working out how much I need to pay attention to stats and how much can purely go off my body. Deliberately trying not to pay attention to mileage, but starting to be a bit more aware of the potential for injuries. Mostly I've avoided running niggles apart from after hill run, but there are some tight spots/weaknesses and I'm only just starting to run more than a few minutes at a time
C • review 2

Sleep reasonably good but was wired going to bed. Slept through 4-6. Think it's cause bedtime routine was marginally more intense than normal. Not entirely sure what I should do with the tea situation so going to back off rolling and see if that helps.
4.00 rolling
2t,6s,3k
10 AM

Not feeling that great but there's signs tomorrow will be better. Think I need a few days off rolling. Expect last week the heat wave was disguising the usual signs and bad feelings.

Sleep was good. Woke up briefly at 4 but got back to sleep and didn't snack. Still feeling quite tired, unsure if I need more sleep, I've had too much tea or something else. Felt sick this morning so going for:
4k
5.00 rolling

Pure running! Feel like every time I try something new for the first time it feels hard during and I'm more tired after, but it gets easier very quickly. Hopefully now I've made the leap of faith, it will get easier and easier :) HR nice and low at the start
3 PM

Chill and low to the ground.
Not a great overall feeling today but hasn't changed at all through the day.
4 PM

Heading into aerobic at times, probably should wear hr monitor. 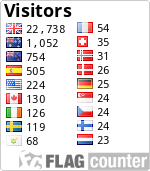