This park was a former golf course, so it was incredibly fast with generally flat grassy fields and a network of paved cart paths. I pretty much gave it my all, but didn't have the speed to hold my own against the other runners. While the nav was generally pretty easy, I was able to appreciate the route choice challenges the course setter designed, with my favorite being those that required getting from one side of a large water feature to the other. With how muddy the fields were it was also interesting trying to decide between straight on fields and slightly farther on the paved cart path, but the cart paths were also distracting as they were so easy but sometimes definitely not the right choice. After the first few controls I think I got better at only taking them when it actually made sense to take them.

A few small bobbles that normally I would be fine with, but on such a fast course they will certainly show up in the results. One bigger stupid mistake.

Mistakes:
5 - hesitated one erosion gully to early
11- headed to a false corner in the field
12 - Big mistake one what should have been pretty easy. Let the light green get in my head and ended up not quite sure where I was on the trail, so I backtracked a bit to make sure I wouldn't pass the control when I got there.
15 - slightly overshot
16- hesitated and checked a flag that wasn't even on the right feature
18 - failed to see there was a trail south of the pond, so I crashed through some thick green and the pond itself

Overall pretty happy with how I did, just not fast enough to keep up. Eric flew by me between 5 and 6, and was able to keep sight of him in the distance through 8 before he was gone. 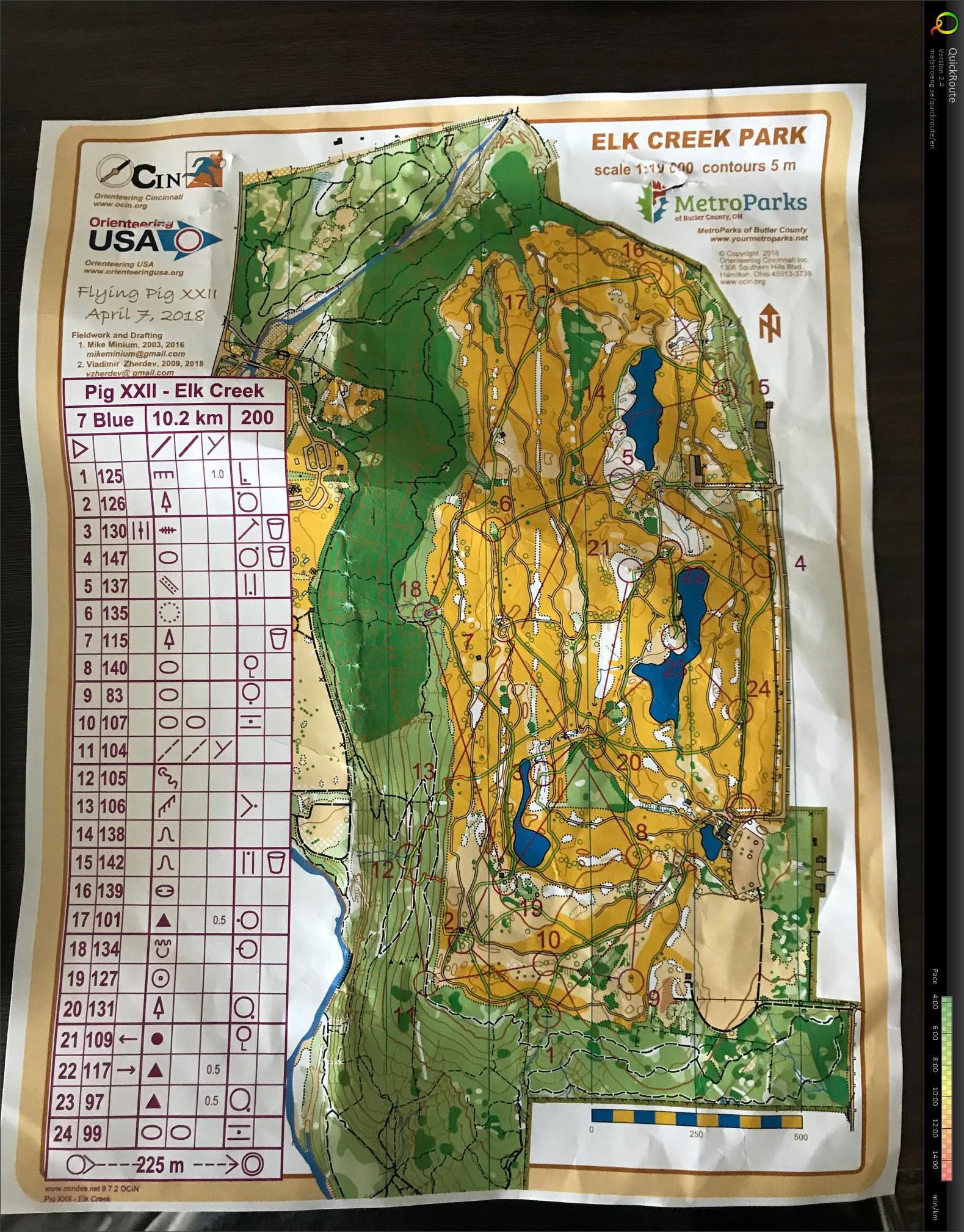