I started out going a little to fast for my ability to navigate. Much more technical navigation than yesterday, which led to some bad mistakes.

5 - overshot and climbed a little more than necessary
7 - went from 6 to 17 instead of 7. Got there and noticed the control code was wrong, and then that it was a water stop, which didnt make sense. Took me to long to recognize my error.
12 - HUGE mistake. I went around the hill and then drifted too far down. Found what I thought was a mapped pit to take a bearing from, but it must not have been what I thought it was, because I ended up at 13 and then had to backtrack. 7ish minute error :(. 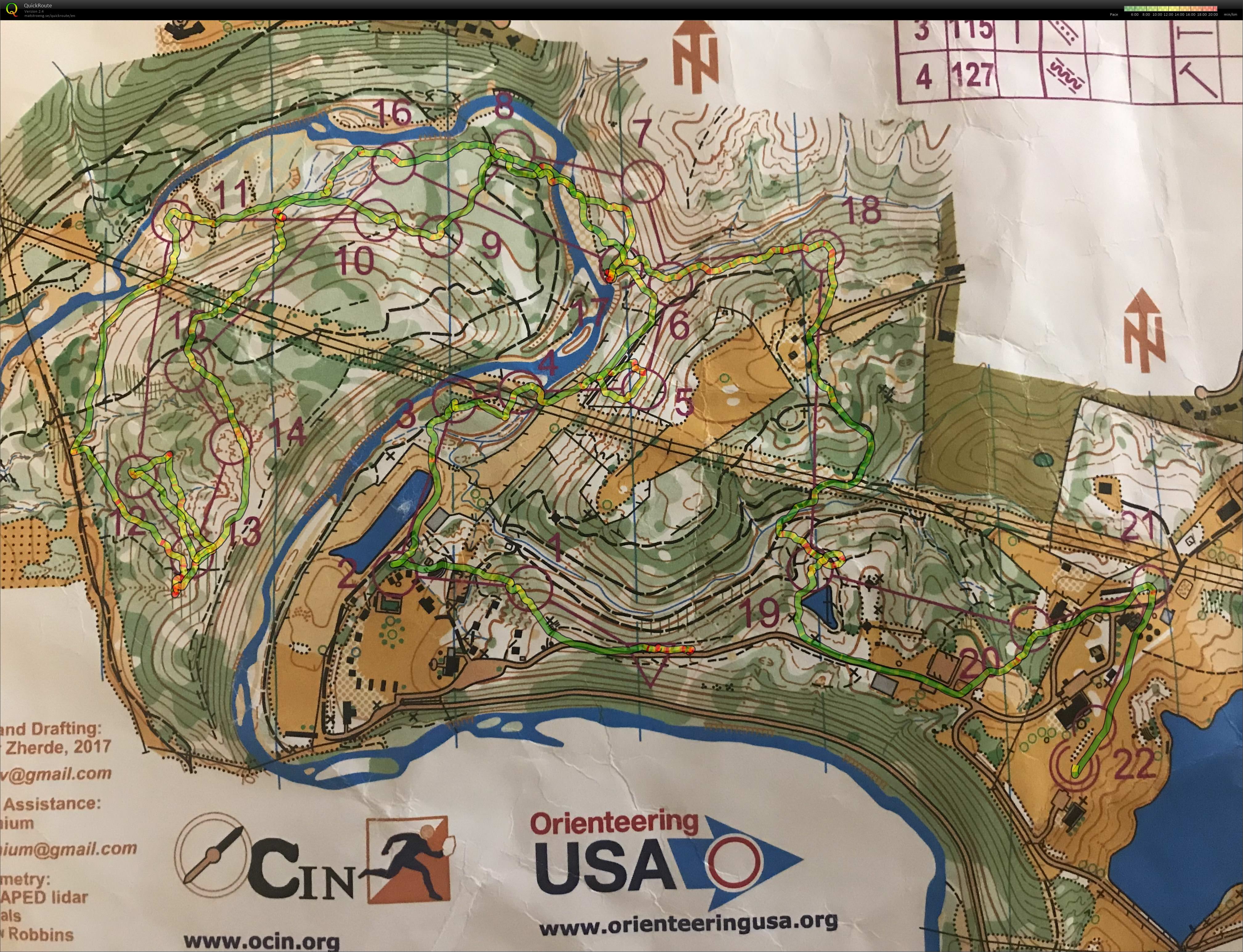 A narrow park that was basically a ridge with a field on the top and woods on the sides. Traveled along and back and forth over the top of the ridge. No major mistakes, but a few inefficiencies, mostly cutting into woods too early and fighting more green than i would have had to, especially on 1, 11 and 12. Also got trapped in the fences at 17 briefly, but instead of fussing looking at the map i gave up and went around, which turned out to be the right choice. Had to walk up ~ 2 hills, other than that I kept up a pace I am very happy with. 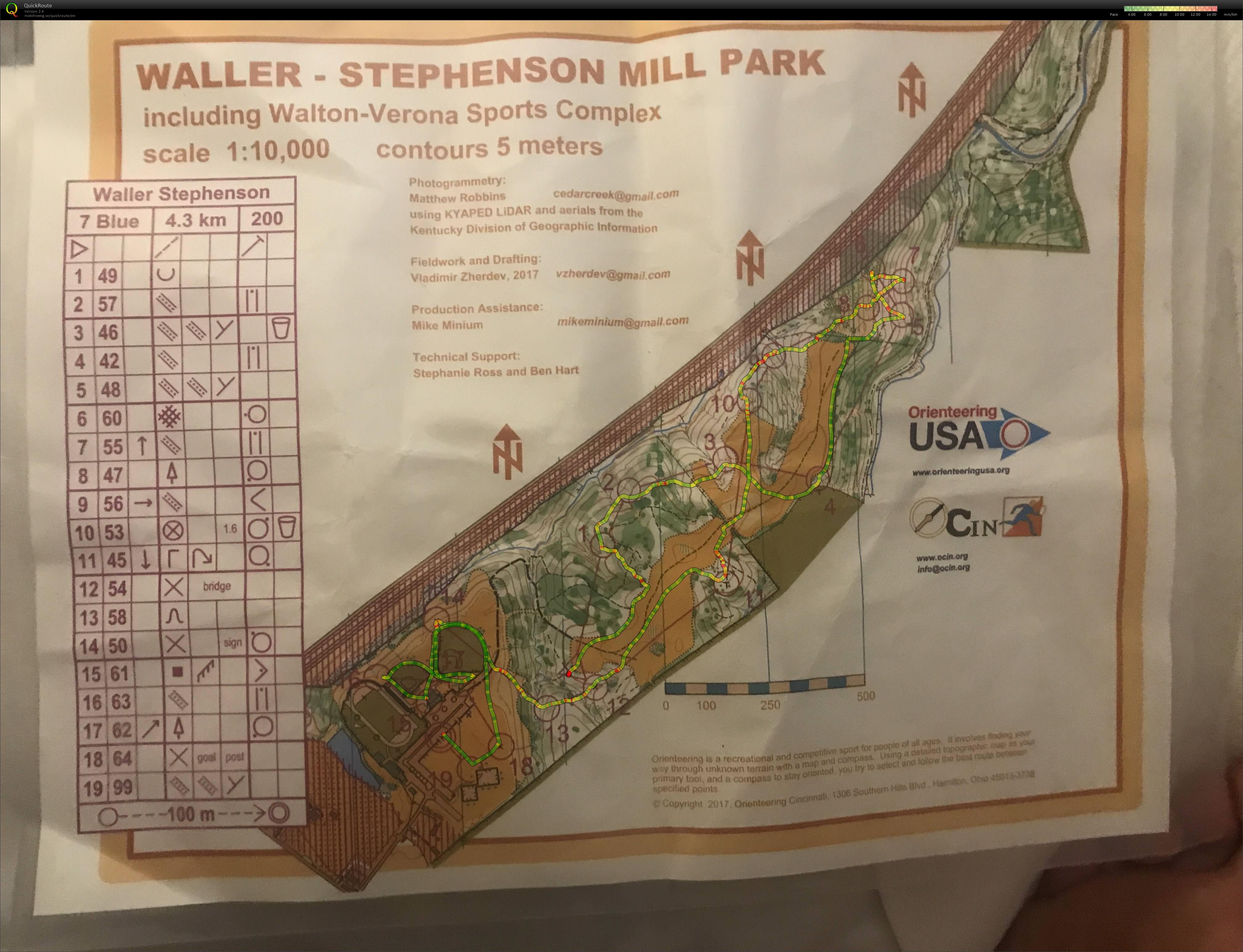 tried episode 1 of ozark. intrigued but not sold yet
C • Ozark 3

warm up to get to start

Mr W planned a Middle course to practice hills. Thanks!

I had a 10 min head start to place flagging flags, and then syd was behind me picking them up. I found it very stressful to try to make sure I was placing them correctly and stay ahead, which ultimately got in my head I think.

I saw syd while i was flailing in circles to find the boulder at 8 while she was on the way to 5. Had to go up the hill to reattack from the trail.

hill 9-10 was brutal and trail was very faint, but it worked.

11 I wasnt condfident i had on the right cliff, but my map had a big dirt stain.

12 boulder was tiny! so i continued looking for another for a bit before backtracking to place the flag.

13 - Found the mainmade object but mistook it for the ruin. I continued searching and eventually found the right ruin, but started to get worried that syd was on my heals. Scared a bunch of dear.

14 - i misplaced, and then syd came up behind me, so we continued on together.

17 - split from syd, but was headed to 1 accidently, so I had to climb the hill to meet back up with syd.

Nav was not the best, and I'd prefer to have time to check Im placing things in the right place.

cool down back to the car