Would like to have more regular and difficult orienteering. Just don't get either in Dunedin.

Had the same map as Lord Fa'avae I think. Long Dead run to 1, linear gaffling along a scrubby ridge to long forest leg, hestiated here and lost 30s, Al Cory-Wright and Nath disappeared. well Nath didn't really disappear cos he's big and wears a big white top and stands out like a beacon.

Chased hard and caught back up at the run through, he messed up 18 and i pushed on to it, looked left down where it was marked 3 minutes later i came back to find it right and up high about 5m from where i was. fuck. Nick Harris caught me here and we proceeded to be dumb and run from 19 to the finish instead of 20. 2nd runner also misspunched so don't feel so guilty now.

I let Lord Fa'avae have a result. 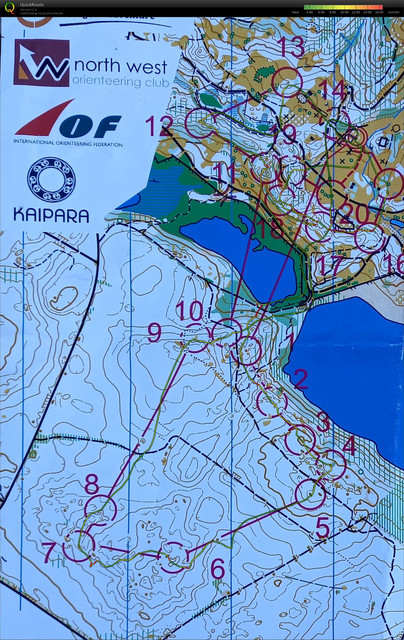