At Roseberg, came 3rd, a good 12mins behind Brodie. Plan for this was to be as relaxed as possible for the first ~15km, fully expecting some high pace from the youngsters early on, and hopefully move up over the last ~10km. The first loop went to plan - sat back in around 7th early on, watching lines taken by the pack. The butterflies didn’t split us up at all but they did have some climb and I was glad to see I was catching time on anything up. The field split in half at #9, so began a long period of running with Brodie and Matt. Unashamedly I was happy to sit back let them do the navigating, as they were being very smooth and I was still trying to save myself.

Hit the map change at 10km apparently behind the other half of the field (who it turned out had shorter forking first time round). As planned, stopped for a decent refreshment then set off with Matt only to realise Brodie was long gone. Damn - that wasn’t the plan! Still was feeling fresh so pushed the pace a bit to try to catch back up. I think he did similar to try to build a gap, so the distance maintained. Got a glimpse of him at #26 but never got back on his tail. Still, I was feeling good and starting to plan my attack on the final loop as we dropped (gratuitously) to #30... But the climb out of that felt tougher than it should have and Matt gapped me a bit on #31.

After a quicker refreshment at the map change I set off on my own into the green (about 2mins and 1min back on the two in front) only to get real bad hamstring cramps at #34. This then scuppered most of the final loop for me, although in between I was still running ok - somewhat frustrating for cramps to be more of a problem than fatigue at this stage. Got very confused in the green at #36 - where I thought the control would be I happened to find Brodie’s number bib but no flag. It was like he was mocking me! Bumbled on from there knowing I was probably in 3rd still and couldn’t give up. Lost 10mins to Brodie on this last loop - about half mistakes and half running/cramping.

Very happy to finish, especially when I learned Gracie had managed to bag another victory! And on reflection I was happy with my result, which was about a fair return on my training. Will need a plan to avoid cramps next time I have a 100min+ race as this is now becoming common for me at that stage.

A good fun well-planned challenging course in top notch terrain with some enjoyable rocks and pines to break up the spur gully - ideal for this sort of thing. 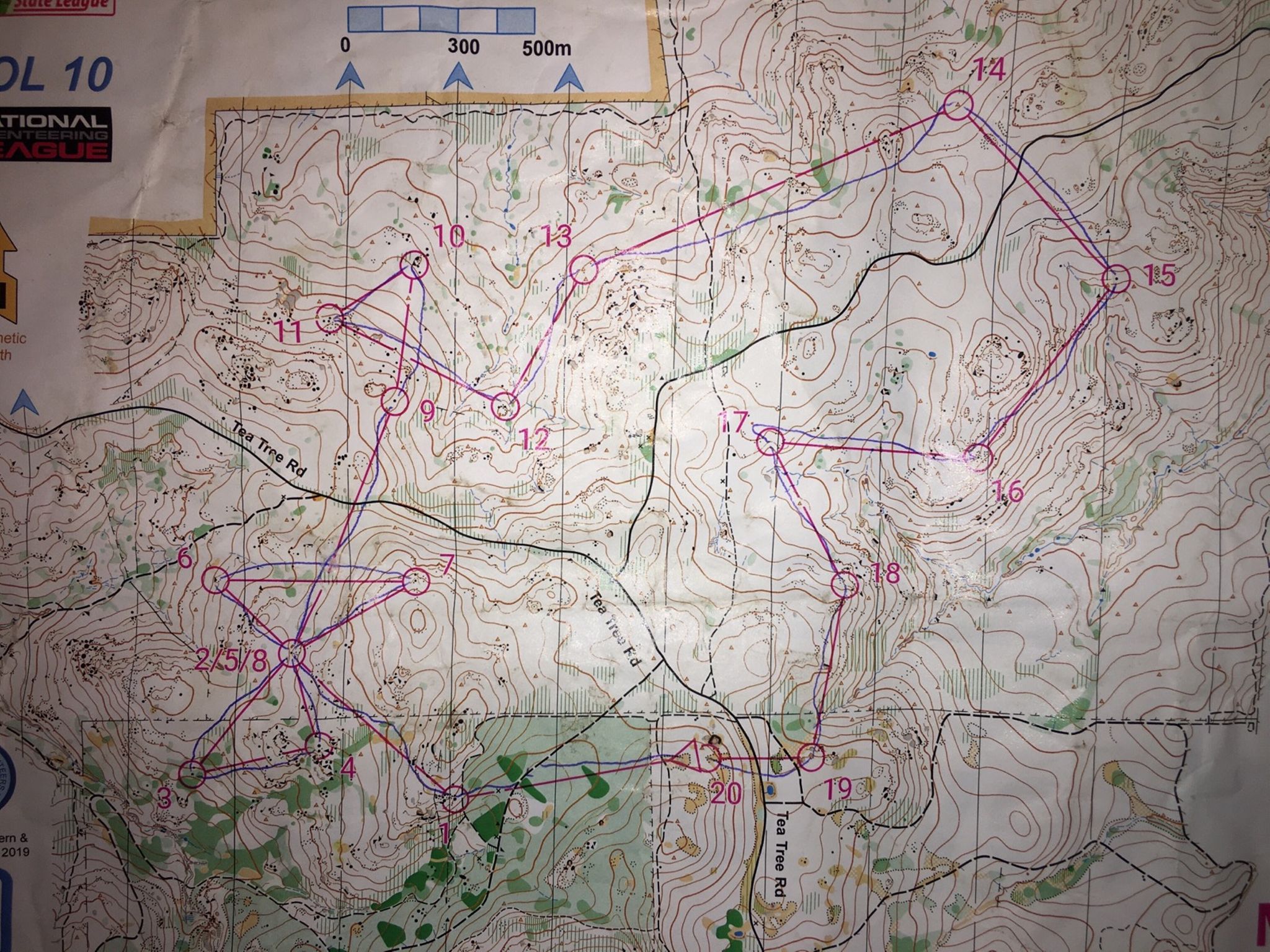 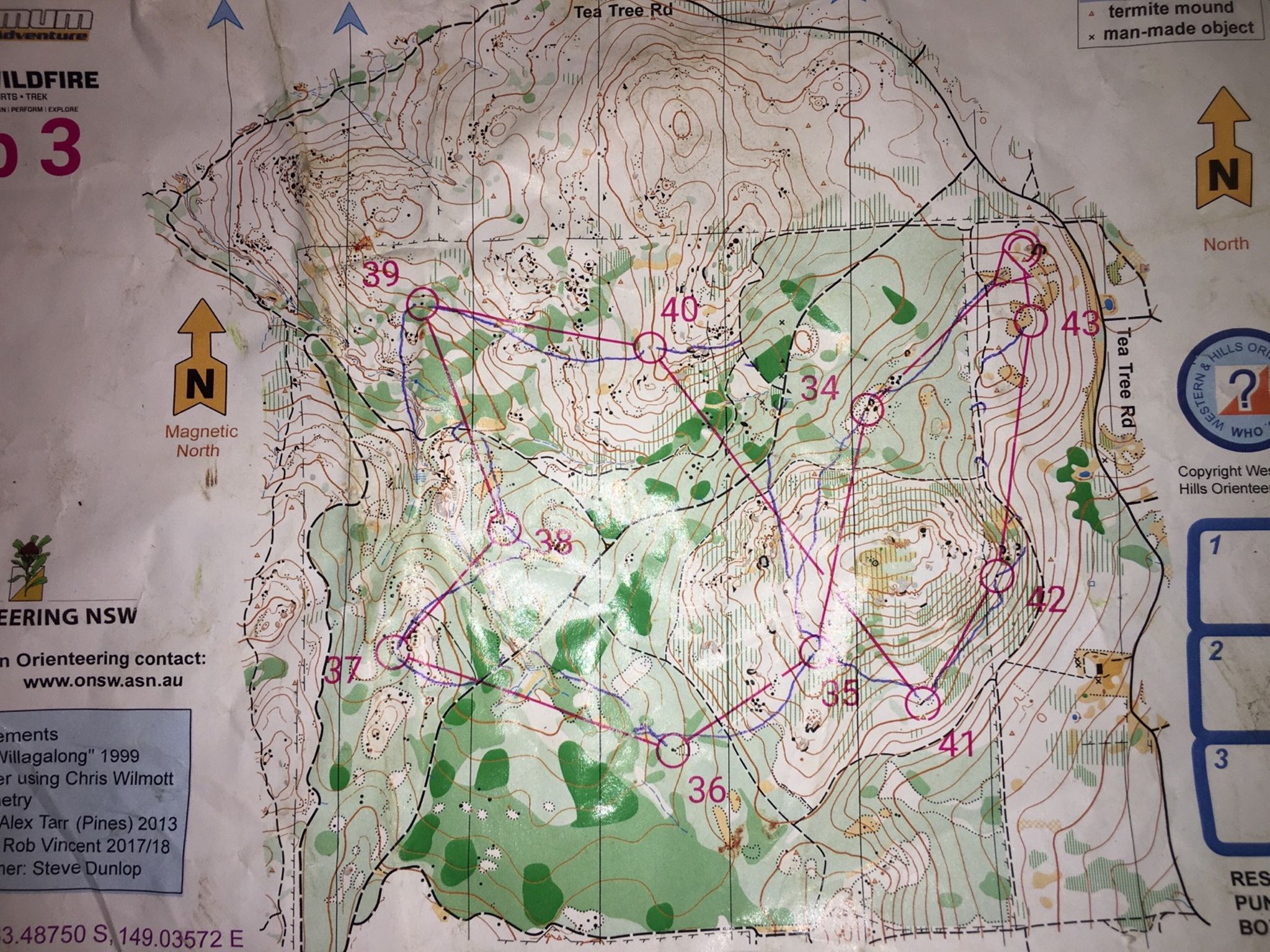 At Wyangala Waters, came 2nd, +1:34 to Simon. Happy with this race, just one mistake of note at #10 where I didn’t slow down enough to read the detail on the trickiest control, and minor hesitations at #6 and #24. Otherwise I was very smooth and felt good physically - just 1 or 2 secs off Simon on most legs it seems. Had a wait after I finished for anyone else even to start the course, so I had no idea how my time would stack up. Pleasing to still be in the mix. Fun area, reminiscent of some alpine terrain. I hadn’t been expecting this style of course when I set off. Good day for us with Gracie having a ripper run to take the win. 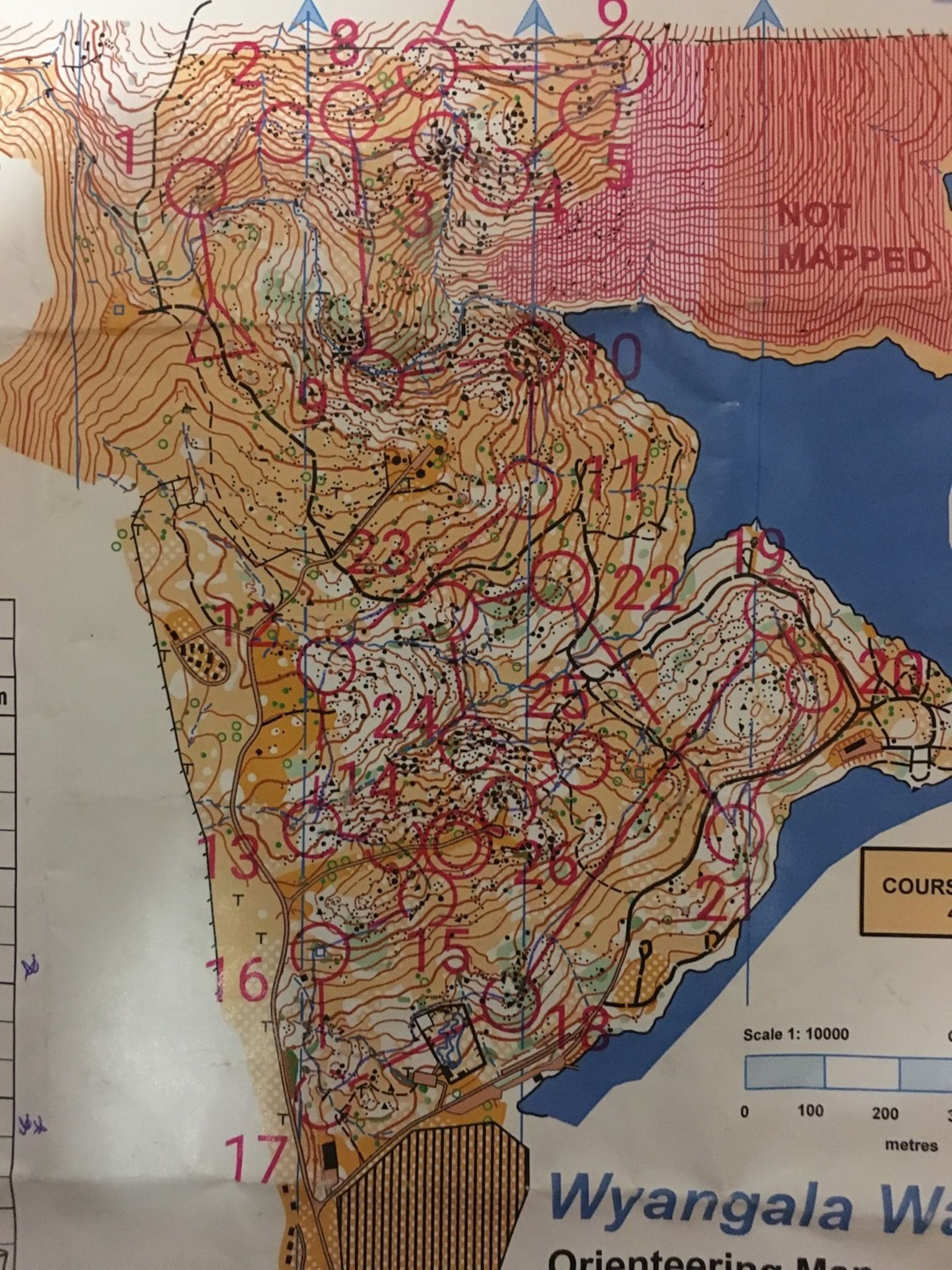 IW trying to do 6x5mins, but my legs just wouldn't move, even though they didn't feel tired. Time of day mainly I think.

Dropped the Suby off for a service and ran from there to work. Flat route, sealed bike paths the whole way. Took it easy and felt quite good.