WCOC training - Medium course at Hurd SP. Today was supposed to be a rest day, as the legs were pretty tender, but then the maps came up for Hurd, and I wasn't sure what other day I might go, so just hot-footed it down there this morning.

100% clear of snow or ice, but the woods are a bit trippy with sticks and things. It was apparent right away that the hamstrings were not going to let me move with any alacrity. There is a fair amount of trail network on the map, and a fair amount of unmapped new mountain bike trails in a few spots.

1. On compass to the spur with the cliffs, then left to pick up the trail to the cliff then on compass again to the rock. Fine,
2. Up the hill, then trails, cut the corner, past the stone wall and on compass to the hill. Fine.
3. On compass, but a little dicey getting down into the deep reentrant. Ended up going by it and coming back in from the bottom.
4. Right to the spur, but didn't see the marker and stood there perplexed for a while, until I climbed down past the end and saw if facing away from the spur. Probably lost a minute just scratching my metaphorical head.
5. Trails and stone walls, easy.
6. Headed W, confused briefly when I saw the stonewall end to my left, forgetting where I had started from, but fine, just kept going and hit it right on.
7. Trails, downhill, try to cross the marsh at a relatively friendly place, picked up the trail (which looked a bit different to me) and up past the bend. The cliff was pretty big and easy to see from the trail.
8. Tried to stay on compass, but apparently drifted quite a ways downhill, came to the big laurel patch and looked uphill and saw a pretty apparent spur. The distance was right and that was it, just had to climb a line or two.
Also my good deed for the day. There was a mylar balloon on the ground near the control, picked it up and put it in my pocket for later disposal.
9. First real clunker. Worked my way downhill, tried to cut the corner over the big cliffs, and then things didn't look right to me, ended up on top, way to far NW, Eventually gave up on it and headed generally SSE to the road, figured it out when I saw the big cliffs SE of the control, then up and in. Lost at least 5 minutes here.
10. A little left of line to cross the marsh where it was thin. Easy enough from there.
11. Certainly didn't want to try to climb those nasty cliffs, so a fair ways down below them to where I could climb up relatively easily. I was headed right for it, but saw a bunch of cliffs to my right and went to investigate them, got down near the power line and not pleased with myself. There are a lot of additional trails around here. Probably lost at least 3 minutes on this escapade.
12. Again confused by all the trails, none of which seemed to be going a way that was useful to me. Generally headed downhill to run parallel to the lake, Feeling a little loose until I came to the stream going E-W and crossed it, seeing the hill in front of me. So pretty easy after all.
13. Easy.
14. Generally N, not climbing the hill, then aiming generally for the stone wall segment, then staying right of it on the spur to the road. Mostly on compass, saw the small marsh on my right, Hit it pretty much right on.
F Intending to go on compass, but decided to keep my feet dry, went around the R side of the marsh, took easiest path down to the road and then a short stint on the road back to the F.

With Rhonda and Tullio. A gentler pace for some reason.
3 PM 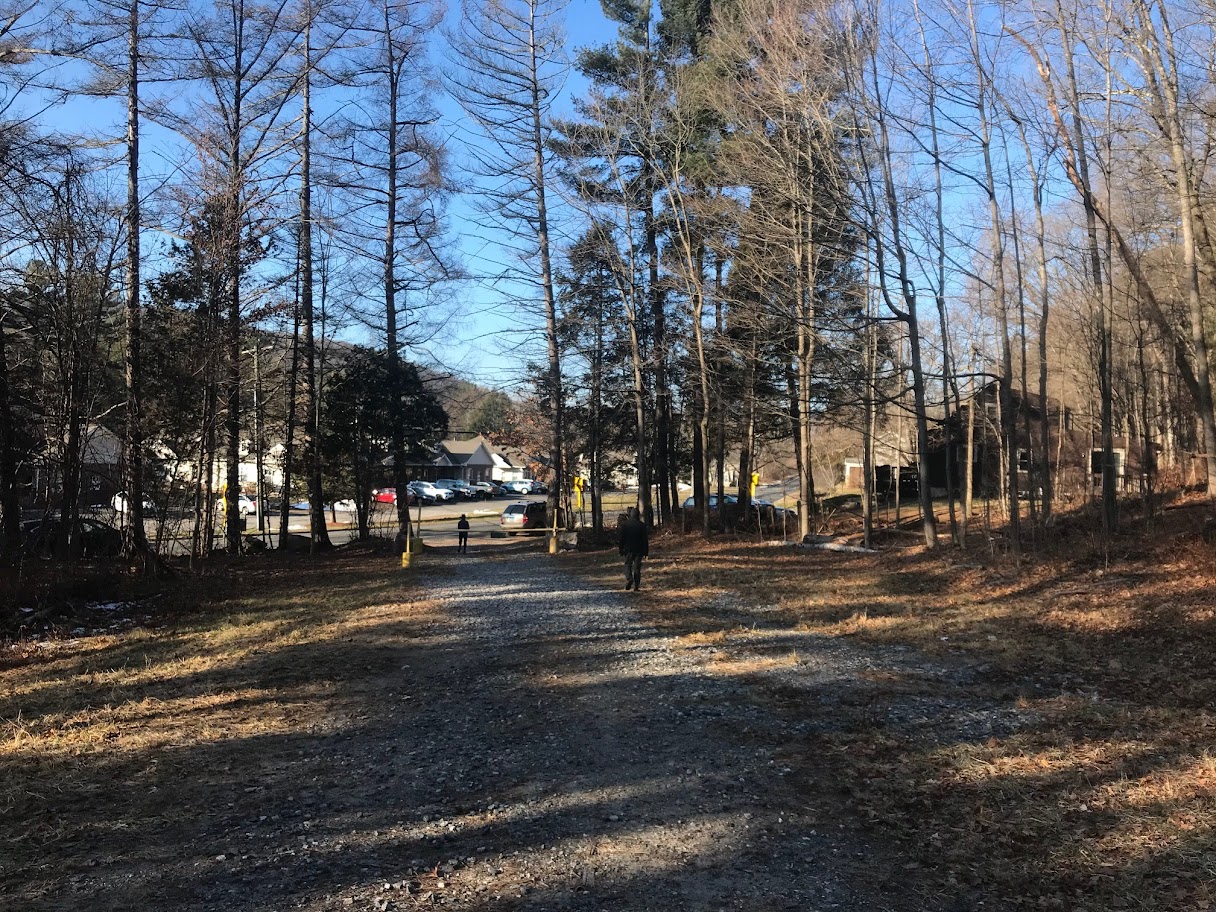 The end of this morning's walk, Rhonda off the front, Tullio in between , me bringing up the rear.
C • social experiment 2
C • As they say, a picture is w... 2
4 PM

Snowstorm 5K. I thought I might see some Walkers or Clint, but not in evidence. I did have a nice visit with SteveR before and after, but alas not during, as he showed me a clean pair of heels. Less crowded in the back of the pack than I remember from other times. After the first quarter mile I only passed two people, and nobody passed me. As far ahead as I could see on the straightaways, only three people in sight. But a success, hoping to get around 10 minute pace and coming close.
C • Gee, I miss a week and Char... 5
8 PM

With Rhonda and Tullio. We had to get him talking to try to control the pace.
C • Couldn't you just walk at t... 8
3 PM