Parking to start of HVO Dater Mtn green course. About 40 and overcast.

Some nice detailed terrain in the southwestern portion of Harriman State Park, west of the Nature Center off Seven Lakes Drive. The course took me most of the way up Dater Mountain, largely between controls 7-10 (the peak is slightly northwest of #10; and there is apparently a mine not far away, but the course didn't visit them). The climb from 7-10 is 26 contour lines on the map; AP gives about 117m between those controls. I picked up a hiking stick after I crossed the trail, headed to 8, and didn't set it back down until I was down the mountain on the other side, on the way to 11. I was glad to have it to get down some steeper sections of the trail.

A couple smallish bobbles (including turning the wrong way briefly on a trail while descending from #10). Lots of detail to navigate off so bearing was used sparingly and pace counting not at all. I was glad I had visited #11 earlier (it was also #2) so knew what clues in the terrain to use to look for this subtle ditch end. Saw Bob Bullions when I found #2; apparently he did the Red course and was visiting it for the first time (his #12) and I probably helped him. Neat features; the view from #7 wasn't as impressive as it could be if the woods were more open but still pretty neat to be only 6-7 contours up from the Thruway.

Controls were plastic flag-shaped prisms, usually wrapped around sticks (as posts) or tree trunks, made by Greg Balter. One was hung high enough I couldn't "tag" it but I was there. The 400 m jog in from the last control was the fastest I could move today.

Car thermometer was saying 46-48 when we were headed back home.

Finished another street in UST (and got some more data for OSM updates).

Same as yesterday except cloudy. Monotonous, but I'll take above-freezing in January. ;-)

To get Lori Ct (nice property at 6035 Lori Ct if you want to see photos on Zillow) and this segment of Chestnut Hill Rd. Near 40 and slight breeze; filtered sun.

To get the rest of the nodes on Beverly Hills and Chestnut Hill, even though CS had awarded me this streets because I had 90% of the nodes. Also finished Glen Rd, and got a couple small ones in another township. Steepness was involved in places; I stopped a couple of times to stretch.

This outing also counted for my last CMTR badge, the Re-run Run. I couldn't donate to Goodwill (they're not accepting items at this time, but I have a small box of household items to give away sometime) but found a few warm things I'm not using to donate in a clothing drop box close by.

Good thing I still have CityStrides to motivate me to get out for a purpose. 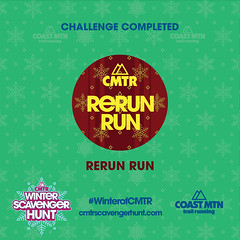 A loop in UST to finish a couple more streets. Saw a red tailed hawk, and a house with a bottle tree.

CityStrides gave me credit for a couple of long roads, because I probably have 90% of the nodes, but I intend to cover the parts I've missed. I keep finding things to change on OSM....

Just under 90% of UST streets (per CityStrides). 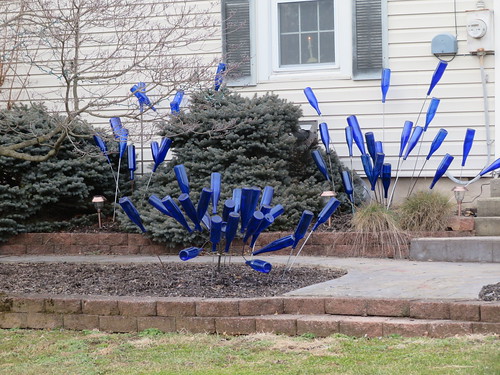 Nice loop to get more UST roads (though the part of Stonesthrow Rd [Stones Throw on the street sign] that I haven't yet done, between Church and Honeysuckle, will be a slog). A climb to where Church intersects with Stonesthrow, level along the ridge (with neat rock outcrops visible to the south), and then a plunge down the hill to the east. Coming back up Black River Road wasn't bad.

Close to 40, not much breeze, and full sun when out in the open. Nice day. 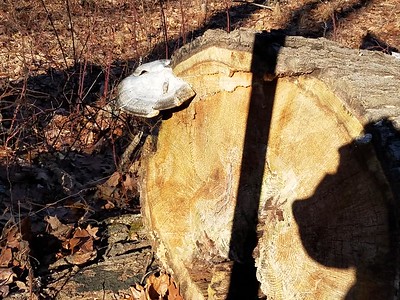 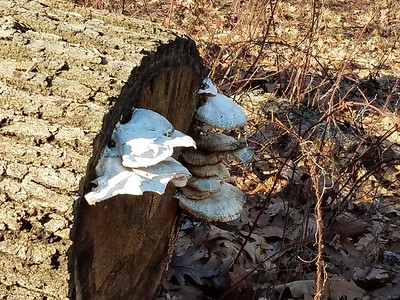 On the way back I walked through a fairly new development not far from where I started...so new the road names show up on Google maps, but not OSM (yet) or CityStrides (they're in the next township, Salisbury).

Walked around neighborhoods with Glen, to get the kinks out. About 40 and breezier (from the N) than it has been.

Glen kindly dropped me off at the top of the hill off Chestnut Hill Rd near the western edge of the township, and I hiked down the windy road. Walking against traffic your oncoming drivers can easily slow down by just lifting their foot off the gas pedal. Glad I did not have to go up this hill.

About 37F and mostly overcast

I could have headed straight back home for a 4.5 mi walk, but since the rest of the trek back was relatively flat, I chose to add on a couple short nearby loops to add more streets in the township. Long, but not hard, walk back to our house.

I saw about 10 bluebirds, a woodpecker (downy or hairy...hard to say without a comparison bird), a cardinal and a chickadee, and a coyote far off in a field.

(A/P originally said walk/jog but no jogging was involved.)