Great rip through the Bruce and side trails north of Georgetown following Gally's route. Much warmer than anticipated due to the gorgeous sun. Great run with great company.

Mrs Gally's boot camp hosted in the Gallygym. Got my ass handed to me - finally discovered what planking feels like. Big thanks to the Gallys for hosting such a fun day.

Stupid spinning
C • And he's back 3

Back on Oahu before heading home - we decided to go for separate runs east of Diamond Head. I headed towards the Koko Head crater, but didn't get there fast enough to climb it before having to turn around. Guess you always need to save something for next time...

Return route back out to our car along the Kalalau Trail. Spent less time jaw-dropping and photo-taking, which accounted for the quicker pace.

Made it back from the north shore with enough time for a quick SUP along the Wailua River.

Day 1 of our trek out to Kalalau Beach on the Na Pali coast of Kauai. Pretty epic hike, with one particularly dodgy spot on the narrow lip of a cliff several hundred feet up from pounding surf. Pictures just can't capture the spectacular beauty of this place, and the beach is beyond phenomenal. 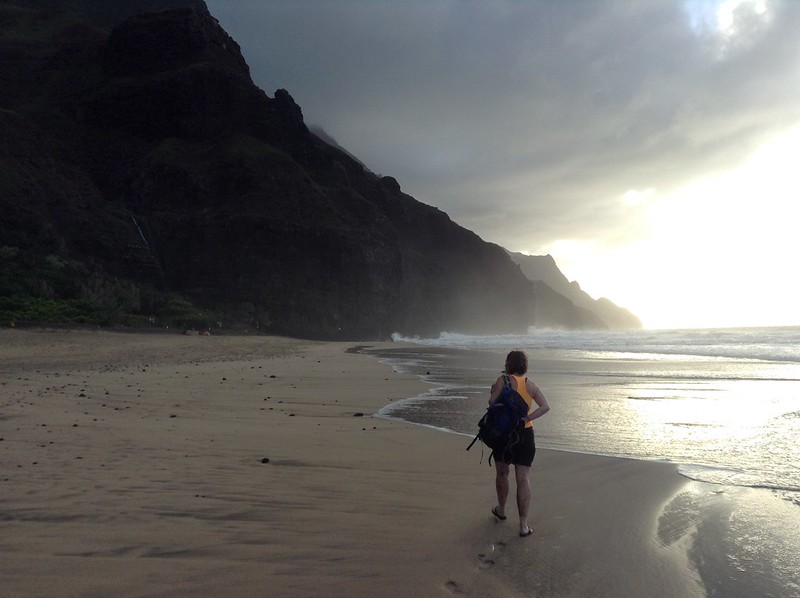 Today was largely a travel day as we moved over to Kauai, but we headed west to tackle the Waimea Canyon. The hike was a 2,220 foot drop down to the bottom and we loved every spectacular minute of it. Saw a newborn mountain goat and its mother on the way back up - very cool.

Friday we set out on the Kalalau trail along the Na Pali Coast. It's only 11 miles to the end at Kalalau Beach where we'll camp for the night, but it's apparently been ranked among "the most dangerous in the world." Pretty sure that's a tourist ranking, but looking forward to finding out!
C • Kalalau Beach 1

Ran the Pillboxes trail overlooking Lanikai. Lungs were bursting, sweat was pouring off me like I had just walked through a carwash, and the now-familiar sense of queasiness that comes with pushing too hard in the heat was starting to creep up, but I was grinning ear to ear the whole time. Oh the things one could do living and training here year-round...
C • Sounds like an awesome adventure day 5

Browner and I decided to try riding here in Kailua today using some local knowledge from the shop where we had rented our Epics. We had been forewarned that XC style riding didn't really exist around here and that most routes were essentially about climbing up something to ride it down. My favourite was a phenomenal freshly-cut trail that apparently has gotten some significant funding and is slated to be an IMBA-approved route in the near future. I lost count, but it supposedly has over 20 very-well built berms, all of which were a blast to rip through. 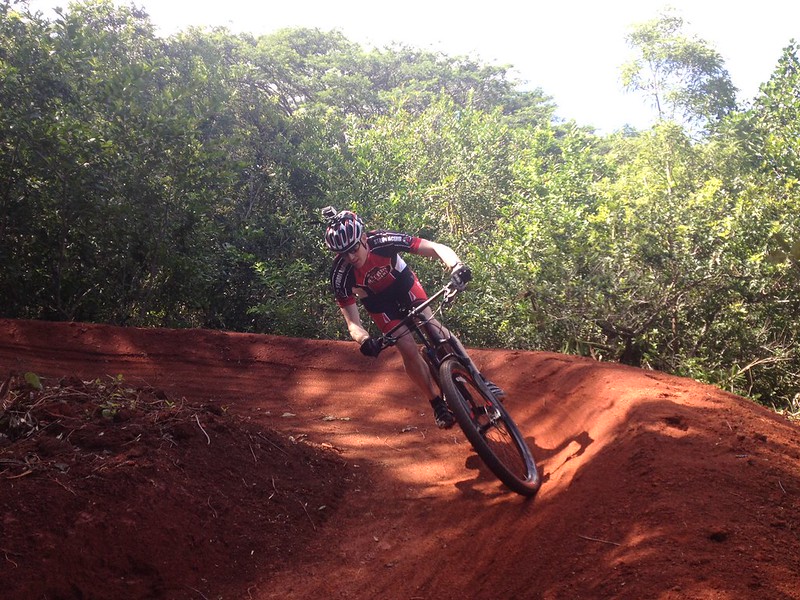 Browner wanted to attempt a "sunset picnic" by way of a hidden gem of a 1300-foot climb along a narrow ridge that she had heard of through an American ultra-runner's blog. We hit the Olamana trailhead with only a hour of daylight remaining so we had no hope of getting up and back before dark, but Browner insisted we reach the peak regardless. Glad that she did, as the views were pretty spectacular. A bit sketchy on the way down, but well worth it.

Browner and I headed up to the North Shore to check out the Pupukea trails. Started out on some fairly unispiring doubletrack, but soon found ourselves in a never-ending maze of singletrack bliss. None of it is mapped so we had absolutely no idea where we were at any given time, but it ended up being more fun that way. Wish we had more time here!

Easy run around Kailua - just soaking up the opportunity to run in shorts...
C • You may not... 1

Browner and I are spending a week in Hawaii - 4 nights in Oahu, and then 3 in Kauai. We foolishly thought a run up Diamond Head might be a great way to start the trip, but it's a US holiday today as well, and the tourist logjam climbing up was less than ideal. Certainly not complaining though! 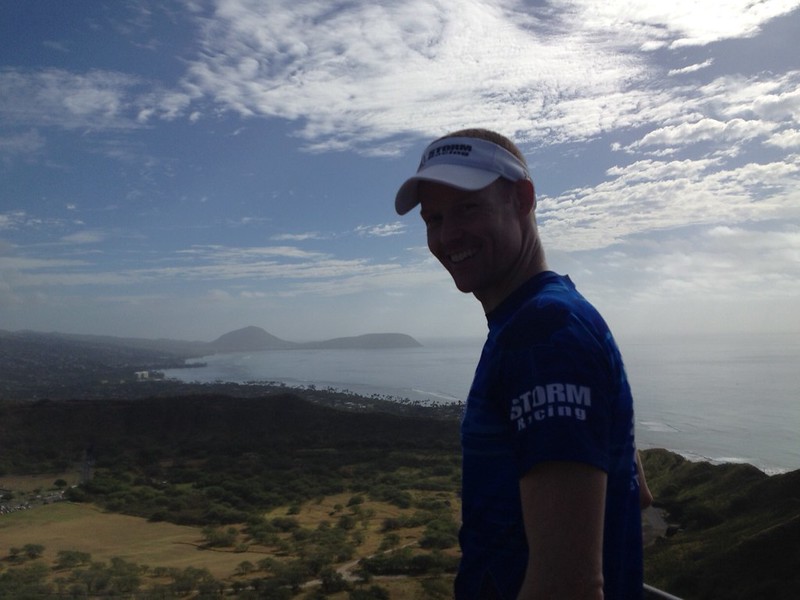 Paddleboarding in Kailua, which is a pretty calm and sheltered area relative to other SUP hotspots on the island. I now have a much greater appreciation for how brutal the Molokai to Oahu crossing that Zoolander and Turbo did in Season 1 must have been.

Sunset hike up the Pillbox trail overlooking Lanikai. No pics as I forgot to bring the damn cable that connects camera to iPad, but it was sweet.

Bruce Trail run with Ursula. She turned on the jets at the end.

Bruce Trail run up to Spencer Gorge. I've actually never been here before - what a phenomenal spot! Trees were caked in sticky snow making it all that much more beautiful - must spend more time in here. Only thing that made it a little unnerving was a ravaged deer carcass half way up. I guess it's possible that it died naturally and then got picked clean by fox or coyotes, but I spent a lot of time checking over my shoulder after that. Damn Mrs. Gally and her cougar stories...:)
C • Sorry that was me the other day.. 2

Browner dropped me off in Port Credit so that I could run home. Then had dinner waiting for me when I got there. I'm a very lucky man...
C • You are indeed! 3