Settled on a longer run at Happy Jack, and ended up going for a little over 2 hours, with about 1" of fresh snow underfoot that fell overnight. Ground is getting closer to being frozen and ready for the next big snow, whenever that should come.

Lots of people were out, including a number of folks I hadn't seen in a while.

Funny thing to hear the news of the election being called. Hard to describe how I felt, but maybe I shed a tear or two. From relief, I guess, or perhaps what felt like a lifting of what has been a pall too long in place.

In the early afternoon I headed out to Remarkable Flats for some running. Of course after the Day of Doom you *have* to head out early--either that or have a head lamp along. Thanks to a fairly thick cloud positioned just so, it got dark about a half hour earlier than it normally should have, so before 5.

Very fine to be out, and I had a fun time through or right by Accelerate and Positively Bays. It was very dry out there and even Are You Experienced? Bay (the pond) was dead dry. 10.7 kms went by fast. 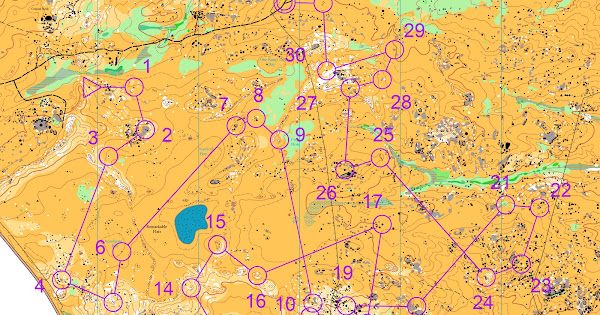 First task up for the day was a visit to the skin dude. They must have seen me coming, because they had a needle device filled with some sort of truth serum/numbing agent waiting for me. That's the problem with spending so much time outside--sooner or later, you might get called upon to pay a price. The good part was they were so friendly, and I will probably get to see them again!

Did something later for exercise, but don't know anymore what it was.

Naah--I did some biking, and then headed up to the hills to take in a few of my fave trails. Finished up well after dark, meaning for the last 20 minutes or so I had to be watchful to not trip over any of my fave rocks on said trails. The skies were overcast, so there was little night light to work with.

We've had several days this week flirting with record highs (means upper 60s), and today was to be another such, and my planning was to take advantage of the warmth by heading back to Granite Planite for another crack at the September training course. Besides the sun, there was also some decent wind out of the SW.

Warming up, my legs felt pretty good. In contrast, once I got underway, they felt a little boggy on the hills. It's usually the other way around--feeling maybe not so fresh while warming up, and feeling much better once started. Possibly the wind had something to do with that. I did a little bit better than last time out, even with the wind, by about a half minute. Not much snow left on the ground. If nothing else, a good workout.

Legs wanted an easier day after the last few days, and after some brief negotiating, compromise was worked out: some easy running today, but it would be up in the snow and mud at Happy Jack. So there.

Biked some too, and enjoyed immensely some fine 30+ mph wind. Fun in the sun!

The most astonishing thing today was looking out my front windows and observing a tiger salamander crawling along a concrete step in the middle of the day. In November. In the sun. Maybe some female tiger salamander was beckoning?
C • Wow! 8

Tuesday, and therefore Tisdags Träning. The plan was to do some intervals, even if my legs were on the tired side of things. But so what? Sometimes you go to a race and your legs aren't dead fresh either--deal with it. And sometimes you're in some kind of alternate universe where you can't even be sure if there will ever be more races again (too bad, all you ELO kiddies!).

But first as I was headed out, I made a stop at the grocery to pick up several vital items, and while I was there I spotted two obvious basketball types. One was Kenny Foster, and the other I determined was Eoin Nelson. Not everyone knows how to pronounce Eoin's name, but it's so simple: it's pronounced "Nelson", just like the ordinary "Nelson."

I said hello to them, but with a mask on, it came out as something like: "aolshfludfhfovunrty". Eoin asked Kenny: "whowoushflsrtinsd?", which I translated as "what did he say?" Kenny answered: "asljsotjrn," which I recognized as being: "Pretend you didn't hear him, I think he might be a Tisdag's Träning type." And that was that.

Cruise intervals, 10 x 5 min, over some rolling dirt roads, and some nice breeze that sometimes pushed and sometimes pulled.

Came home and had a calzone whilst listening to The Run In, which is my secret weakness.

You could say the day was brilliant, but for November, you'd really have to go beyond mere brilliance. High of at least 65F, picture perfect blue skies, light breeze, and the subliminity of it all was enhanced by the lack of yesterday's ATVs running endlessly back and forth along the same 500m stretch of road.

I ran the Granite Planite training course set for Labor Day Weekend, and came close to Grizzly Mountain Man's time and not so close to BigWillyStyle at something not quite race pace with a 35:02. Maybe if the snow melts out I can "git along" a little quicker. Completely enthused for the day and to be out orienteering!

A funny thing: about 2/3s of the way to #5, the beeline passes just to the left of a large boulder, with another large boulder a bit further to the right. Both of which were missing from the map. So either (during the training) folks didn't notice, or else they did notice but didn't care, or else they noticed and cared but were too courteous to mention it to me. Or maybe they all figured out the secret to going well at Granite Planite is to ignore all the black stuff and focus hard on the yellower bits.

When I got home, I checked my field notes for the map. The boulders were there, but just didn't get drafted by whoever the clueless drafter was. Why can't they get those things right!??!
C • Boulders 2