Apr 30, 2021 11:54 PM #
smittyo:
I'm working on a map of a site that is pretty open desert terrain - similar to Anza-Borrego. We are hoping to use this site for a US Champs bid for the Long courses. What is people's opinion of the mapping of open desert terrain using white instead of yellow? Would you rather have the white base even though it's not to spec?
Advertisement
May 1, 2021 12:05 AM #
Cristina:
We justify using white for our desert terrain because it is "[t]ypical open forest for the particular type of terrain." Of course, we do have abundant saguaros and small trees, so it really is more of a forest than some scattered bushes and pebbles on sand. There's just not really a canopy.

I wouldn't have an issue with white being used if there's no forest anywhere on the map but I am probably not the kind of person you'd need to worry about.
May 1, 2021 12:20 AM #
RLShadow:
I think Cristina nailed it -- if there is no regular forest on the map, I think mapping it as white would be fine (obviously, let people know). If there IS forest that would normally be mapped as white, that would create a bit of a problem, in terms of how to distinguish.
May 1, 2021 12:33 AM #
edwarddes:
I don't think you could argue that point well enough to label the map as ISOM compliant.
I also don't really see the downside to a predominately yellow map vs a white map. It's not like the printers are charging us by ink usage, so print the whole thing yellow with brown contours and black rock features if that is what it really is.
May 1, 2021 3:28 AM #
jjcote:
Full ink coverage maps often have a tendency to crinkle and flake when folded. Plus the whole color overprinting thing gets more complicated and harder to get right. I'm with Cristina and Dick.
May 1, 2021 7:35 AM #
gruver:
Is desert "rough open"? If so it would be 50% yellow. And since IOF lets you reduce full yellow if there's a lot of it, reduce the 50% to 35%. (I think there's an oversight in the ISOM here, and 35% would be compliant. Well compliant with me anyway.)
May 1, 2021 12:12 PM #
jjcote:
That would be reasonable if you could print the yellow as a dot screen.
May 1, 2021 2:43 PM #
MChub:
In the UK using white for treeless areas is quite common.
May 1, 2021 3:08 PM #
Gswede:
Just wanted to say that I'm very excited about the possibility of a US Champs long in that terrain.
May 1, 2021 3:08 PM #
Gswede:
Just wanted to say that I'm very excited about the possibility of a US Champs long in that terrain.
May 1, 2021 3:51 PM #
gordhun:
This issue sounded familiar to me. I thought I'd seen it before. Then I remembered. Back in 1990 I competed in an area in South Wales UK called Pwll Du, Blaenafon. It was a former coal mine area, almost entirely grassed over but entirely treeless. There were a few patches of Open Land with the usual yellow. The rest was classed Rough Open with the yellow reduced so it looked like a very pale beige. It may not have been kosher by whatever was the equivalent of ISOM in those days but it was very effective. It was easy on the eye and it made the contour detail - the important detail- pop out.
May 1, 2021 4:03 PM #
jjcote:
There's also the joke suggestion that has been made from time to time, that it's vaguely possible could work: print the maps on yellow paper.
May 1, 2021 5:03 PM #
gordhun:
Maps on yellow paper? Already been done. I recently was at a school in Florida that has their map printed in black and white on yellow paper. Very cost effective.
May 2, 2021 1:58 AM #
Swampfox:
@smittyo: Since the rules state that maps *shall be* (my emphasis) prepared to ISOM, and since there's nothing in the rules that allows for wiggle room in waiving certain rules or rule provisions as long as there is popular opinion for doing so, it's hard to see the relevance of a straw poll at Attackpoint.

You're the mapper and the only one on the ground, so what is more interesting--at least to me--is what is your opinion on the matter, and what is the compelling argument for entirely omitting a color which could be expected to cover more or less the entire map? That would be a very significant departure from ISOM, and if there is no compelling argument to be made to omit yellow, then why even raise the question?
May 2, 2021 3:51 AM #
robplow:
Omitting the yellow would be a dangerous move. You only need one small patch of "forest" in the terrain and you need that yellow. But the danger is, if you have made the decision to not use yellow you then find yourself coming up with weird ways of showing that one forest patch and still not use yellow.
May 2, 2021 4:21 AM #
TheInvisibleLog:
Take the no regrets option. Map the yellow and then if you don't like it just turn off the symbol. If you need to be compliant for a WRE etc, than turn it back on.
May 2, 2021 5:35 AM #
gruver:
Or use OCAD's new mode to automatically fill empty areas. They have lots of customers with deserts.
May 2, 2021 1:39 PM #
Pink Socks:
If it's Tillamook Old Fashioned Vanilla Ice Cream, I'd go with white. If it's Tillamook Vanilla Bean Ice Cream, then I'd go with white with the occasional bit of stony ground. But if it's Tillamook French Vanilla Ice Cream, then I'd go with yellow.
May 2, 2021 5:34 PM #
jjcote:
Dangerous? There's no danger if you reserve the option to print the yellow until printing time. When mapping, there's nothing to note for the bulk of the area. If you happen to find a patch of forest, you make note of it. I mean, how is this going to be drafted anyway? One big chunk of rough open that covers the whole map. Which you don't need to even put in until the map is done. If you need to cut a hole in it, you do that. If you decide not to print the yellow, you just hide the symbol. It's not as if the maps are being printed bit by bit as you do the fieldwork. And it's not as if, when you find the patch of forest, you have to go back and look at the rest of the open desert again to make sure no trees have sprouted.

I think I've been on a map like this, Dead Indian Canyon near Palm Desert. I need to dig out that map to see what was done there. I don't remember a lot of yellow, but I haven't looked at the map in a long time.
May 2, 2021 5:42 PM #
Cristina:
Pink Socks, our desert looks like this 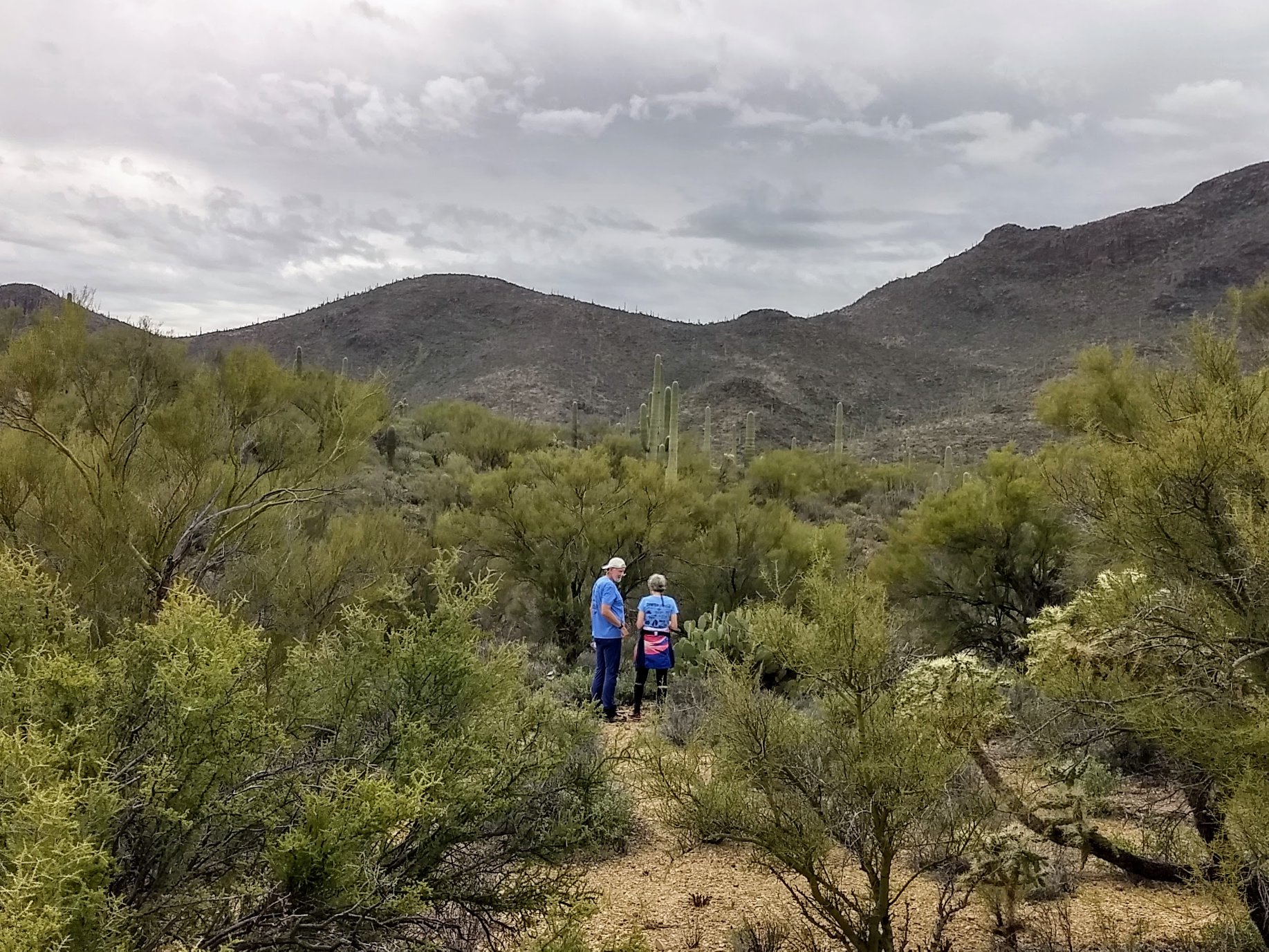 does Tillamook make a chocolate chip cookie dough flavor? Or maybe it's something else?
May 2, 2021 7:44 PM #
blairtrewin:
In an area like the one in South Australia used for the National League last weekend, the shrubland area in the foreground of Cristina's picture would be mapped as white.
May 2, 2021 8:14 PM #
jjcote:
We may be talking about terrain that looks like this: 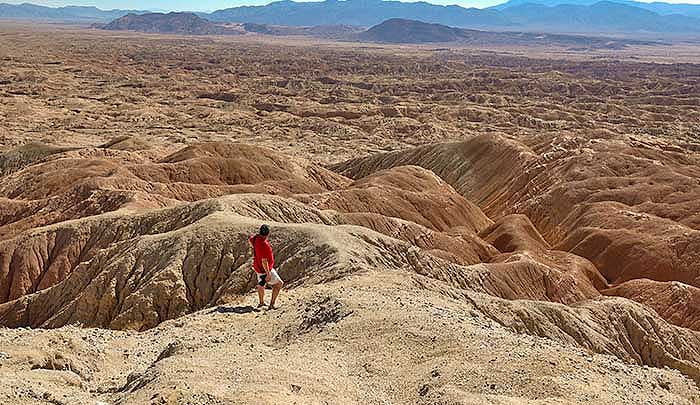 No "forest", not much chance of finding any. 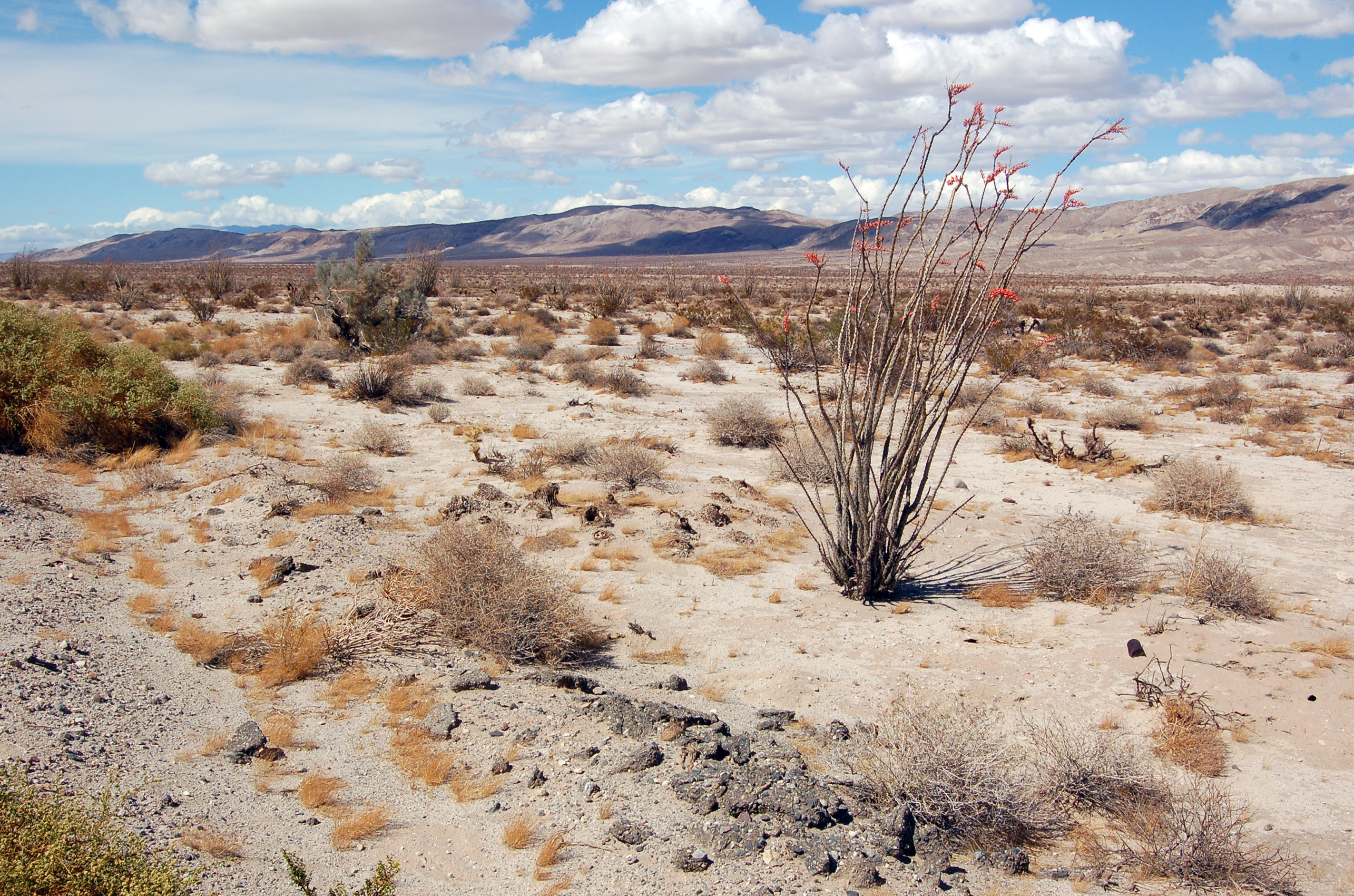 Thanks for all the discussion.

Here's picture of the terrain showing what might qualify as white forest.

it seems to be a Lake District thing. It's not really a problem. You can see when you're up there that it isn't a forest.
May 7, 2021 2:25 PM #
Frostbite:
From the event details for the first of those two maps

"On the ‘mountain days’, day 1 at Silver How, Day 2 at Angle Tarn Pikes and day 4 at Askham Fell, the maps will NOT have the ‘rough open screen’ even though the entire areas are ‘rough open’. The maps will have a ‘white, open forest’ colour to improve clarity and save ink!"