Exclusive footage of Lukas at bat during the game on Saturday.

It's probably good you can't hear everything I say to him because I imagine I sounded somewhat frustrated that he had conveniently "forgotten" every single thing about how to hit (including: stand on my marks in the dirt, right hand on top, bat on right side, swing through ball). Pretty sure this is a strategy for getting more attention from the coach. I guess it works!
C • Looked like 34
5 PM

Tee ball game. Three players couldn't make it today so we only had five. This would normally be an advantage because that's fewer cats to herd but in this case the the three who were missing are never a problem so the remaining ratio of difficult:engaged was a 2:3.

Definitely the most frustrating game. These two kids are pretty unfocused and they are now friends and they just like to run around the field chasing each other. Their parents are always yelling at them (with little effect) so in the past I've tried the opposite approach (soft voice and kind words) with only slightly more success. Today nothing worked. I had to repeatedly physically move one of them farther back from the plate because he wanted to stand very close in order to be first to field a ball and it was legit dangerous.

At one point early on I told them that this was tee-ball time and that we'd play tag *after* the game. But by the end of the game I was just tired and frustrated so when one of them asked if we were playing tag I answered that I was tired out from them not listening to me and too tired to play tag. I feel bad that I didn't end the evening on a positive note. It's clear that the kids enjoy practice a lot more than the games, and I think they get a lot more out of the practices than the games. So I get it when they act up at the games, they really aren't as much fun when you just don't have the skills or know the rules.

Also, I would give a lot to be able to fire Sam's teacher look at them.
9 PM

To WOG, a little running in parallel to everyone else doing 400s, and then over to the tennis center.

I've been feeling a mild abdominal ache more often in the past week. Running didn't feel particularly bad but it wasn't much bette—adductor still starts to get tight after 2 miles or so. I haven't been as diligent about my PT exercises so I'm hoping the fix and path to continued improvement is just to get better at it again.
9 PM

Tee ball practice. I figured out how to get everything I needed for practice—including Lukas—into and onto the boxbike which is kind of neat.

When there were only three kids at 5:35 there was some speculation from the parents present that perhaps Mexican Mother's Day was the culprit. Two more kids showed up and we may never know what's up with the others.

I slept very poorly last night, probably only getting four hours, so I didn't have a lot of energy today. But we practiced all the basics and they had lots of fun. Some of them are getting pretty good at being able to throw a ball to a destination, at times even on the fly. We ended with their favorite thing, kids vs. me tag, kids are it. Somehow they always win.
10 PM

Hosted an early morning (7am-8am start window) street-o from a local park. Not a big crowd (total about 20 of us) but plenty of fun was had. Two individuals and one family were WOGgers, and they definitely had fun, so that's a win. Another family that came includes a dad who used to orienteer before they moved to Tucson 2 years ago and this was their first event here (he's been afraid of the cactus), and they had fun, so that's also a win. We set up animal-o and the kids all tried it, plus another girl who just happened to be in the park. More winning.

For the street-o I wanted to demonstrate how easy it is to set up so I used the Open Orienteering Map Street-O Creation Tool. I also made a video of how to do everything so people could replicate. No takers yet but I'll have more luck later in the year. 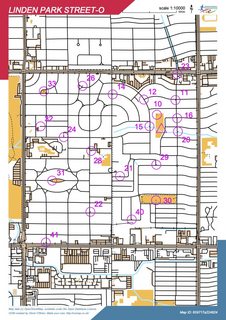 Here is the Sonoran Desert line-up for animal-o: 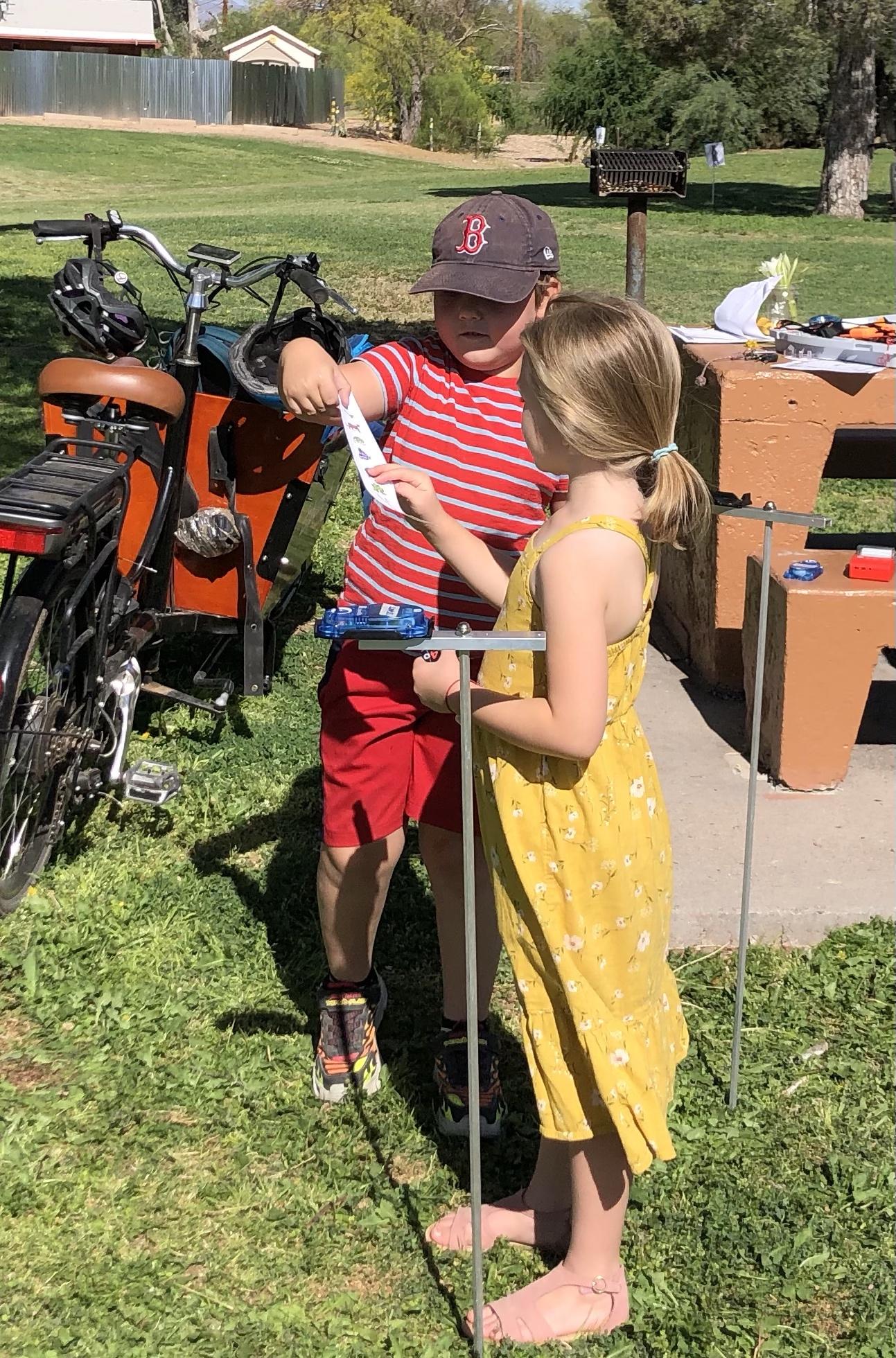 Sunset run on the Douglas Springs trail in Saguaro East. I seem to have lost my resistance band so I chose a trail that goes up first to take care of the tush stimulation. Need to get a replacement.

The post sunset colors didn’t materialize for me tonight but the sunset itself wasn’t bad. 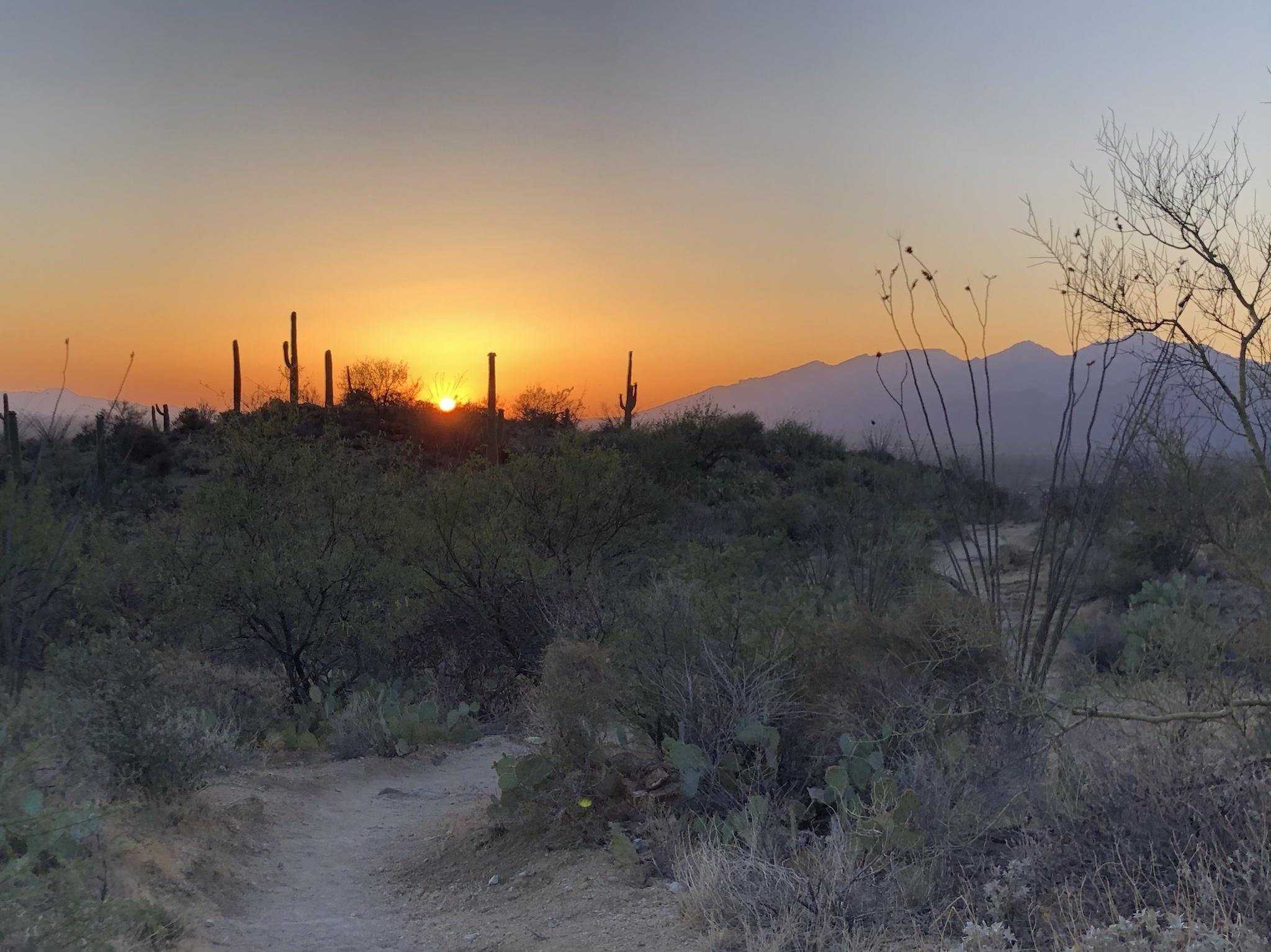