A quick walk in between afternoon meetings.

And I'm so glad I continued past the point(s) where I considered turning around! As I was huffing and puffing up the short, steep hill where Coal Creek Drive turns into 66th Street (a hill I walked my bike up last time -- yay!), I thought I heard a truck's back-up beeper (there's a water tank over there, and also an old landfill -- seeing big trucks around there isn't unusual).

But, as I crested the hill, I saw a group of about 30 people hula-hooping...with music...and a drone overhead getting footage of it all. What the what?! It was someone's 50th birthday, apparently. It looked like LOTS of fun, and someone offered me a beer, but I was losing daylight and had no lights (since this ride started out as a quick errand...).

It was hilarious -- I couldn't stop laughing for a while as I continued on.

I was really worried about having a mechanical issue (I realized shortly before encountering the party that I had my running pack, not my biking pack, and therefore no spare tube, no tools, etc.), and also worried about getting run over on Marshall Road riding at dusk with no lights -- but I made it home. Whew.

I had originally planned to hike up to the top of Bear Peak in Boulder today -- but I was afraid the hours and hours of rain yesterday would make for really muddy conditions (and possibly trail closures).

I had resigned myself to a couple of hours out and back on the boring but paved Coal Creek Trail. So I was amazed to see this morning (on the Boulder OSMP web site) that the Dirty Bismarck trails were actually open -- surprising, b/c those trails can get SO muddy (and are often closed for that reason).

By the time I got my usual "alpine start", it was still sunny but there were ominous dark clouds to the west. Ugh -- I was kicking myself for not getting out earlier. But the weather held and I made it around the entire loop (CCW) without getting thunder-stormed on. Yay! Also, the trail was busy but not nearly as mobbed with other people as I expected it to be.

I went at a pretty casual pace the whole time, so I felt like I had it in me to do a few extra miles at the end (Davidson Mesa & Harper Lake).

I'm glad I got to take advantage of the great weather. 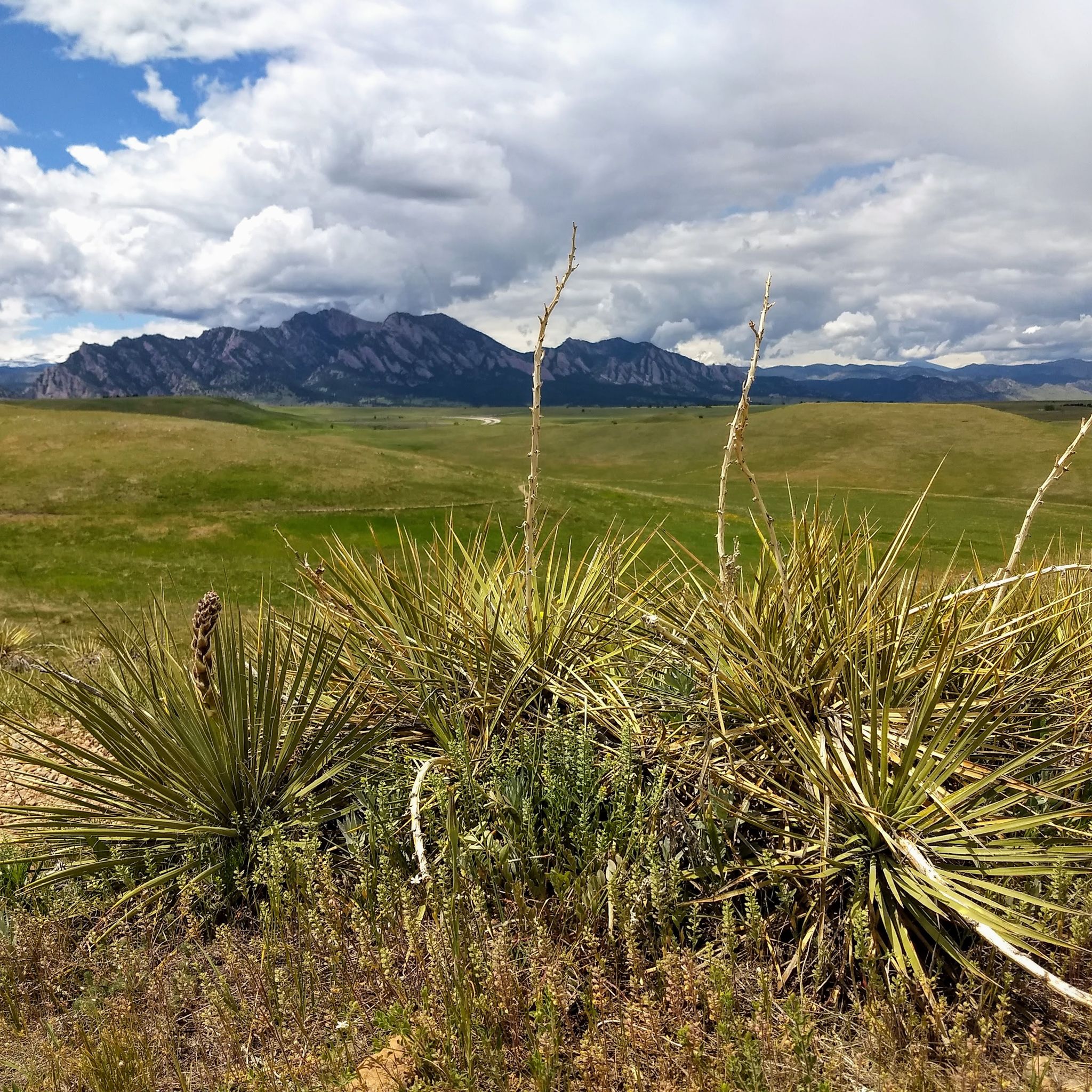 Meandering on my bike --

First to Coach Erin's house for her five-year-old son's mini-parade (he recently started a 6- to 12-week cycle of chemotherapy). :-\

Then to Ziggi's for coffee, farmer's market, and the grocery store.

I bought these mini-quiches from the Kogler's Bakery booth at the farmer's market...but Kris's boyfriend wasn't there this time. ;-)

Neighborhood walk after eating way too much for dinner -- oof.

I was feeling super un-motivated after a rough work week -- even after getting the afternoon off as a COVID-times holiday weekend perk -- but I finally forced myself out at 7:30 pm for a bike ride. Thank goodness for long days (but I had my headlamp just in case).

The trails were so busy I ended up wearing my buff-mask almost the entire time. It wasn't so bad (not nearly as unpleasant as when running), and it also kept gnat-swarms out of my mouth.

Monica has pulled way ahead of me in the Wednesday night Roost standings, so I slogged through a few extra miles tonight to try to catch up.