Late morning smt with Stu and Duane. Had to cut a little shorter than planned when Stu's knee started giving him grief.
Still a nice loop and I took the boys on the proper terrain sections when we came across them and added a few (one) of my own.
K2 protocols were followed - first ascent of the season where the K2 temperature inversion was noticed. Educated Duane on the proper attire for a winter K2 attempt - I felt so knowledgeable.
Perfect autumn weather and some nice yellowy orange leaf carpets to run on.
C • What a Stu? Can't wait to l... 3
3 PM

More course testing in the Deeve. Best iteration yet, worst performance yet. Looking forward to the new map.
Pretty tired out there, luckily I've just got an easy 4k tomorrow.
C • best iteration 2

I had planned on taking the day off, but I was up at Chedoke doing a few last changes to the map for ARK and it was really nice weather for a run - so I went for a bit of an explore and headed down the Bruce to Mohawk and back along the top of the escarpment. I haven't been on the Bruce past Beckett drive - the section just below the cliffs is pretty nice.
C • Grass run 5

TNT: Orienteering style.
Real fog course, set by hammer with special guest Serge.
Running in terrain, when you don't know how many hills you have to climb is hard. Good thing I'm not a princess. Still, even that short course really took it out of me.
O was appalling. I forgot to take my compass and exited 2 of the control 30 degrees offline, which caused much confusion as you have no chance to correct yourself once you're in the fog. At least it was a good test of my relocation skills.
C • no but... 3

Putting out stuff for ARK and trying to de-cementify my calves. Unsuccessful.
Heel 80% better, but blister is still quite painful.
Soaking rain the whole time plus for all of ARK - yet we got the usual turn out, amazing.
C • Mud 7

TNT. 3x8'/2.5' + 4x1'/30".
Pretty dopey tonight. Took the 8 mins at tempo pace due to the princess heel and general malaise. Bonus of this is that I felt super bouncy and strong for the one minuters.
Almost pulled out of today early on, but glad I didn't - running through crunchy bright Autumn leaves never gets old.
6 PM

Fun Real Round the Bay with Trav and turbo. Took turbos route which is a little different to mine - will be adopting the section after you exit Mac from here on in. Perfect weather for it.
Feeling the races from the weekend in my legs. Heel still sore, but not unbearable.
Also, it seems that some of you didn't realise my account was hacked yesterday. A good rule of thumb, I'm unlikely to compliment anyone on a finish chute victory in their log.

My Princess foot set me back today. Not sure why Sudden and Hammer still deal with their knee pain. Canucks are stupider than us Aussies.
Except Bender. He's awesome. 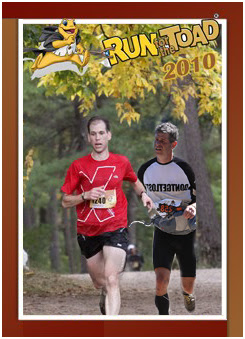 Totals for the weekend
11 AM

Ontario Long Champs - Carp Barrens
Great to be out on this area again. As has been mentioned elsewhere, after landing awkwardly in a parking lot during the sprint, there was quite a lot of pain on the heel of my right foot.
Was OK whilst toe striking, so just tried to do that as much as possible - but wasn't able to go at top speed in the terrain.
Developed a fairly painful blood blister on the ball of my foot due to trying to stay off the heel and slowed down a lot in the final, less interesting section.
It's a shame I couldn't go at full speed, my body was feeling good and strong on the run to the start. I suspect this may have been a blessing, since I never really had any troubles through the course except on #3 and #13 where I lost contact and took some bad, wide routes.
Thought it was a better course than last years COCs, much less of an emphasis on the 'gotcha' traps. Half an hour faster than last years Long, so some progression there at least. Very surprised to end up in 5th place at the end.
Fun weekend of races. Hats off to OOC.