An hour and 20 minutes weeding in the vegetable garden.
11 AM

Thought we were going to Stanclift Cove, but it was inexplicably closed, after being open yesterday. Although I have a theory. They said it was only going to be open to local residents, which is against CT law. So maybe they got shut down for that.

Anyway, we went to try out Winchester Lake instead. Nice place, not many people there, quite undeveloped. However, a lot of just submerged rocks and snags, and we banged the foot paddles on one and bent them a bit. So if I go back it will be with conventional kayak paddles.
3 PM

Zack found this guy in the basement and vacuumed him up with a dustbuster. 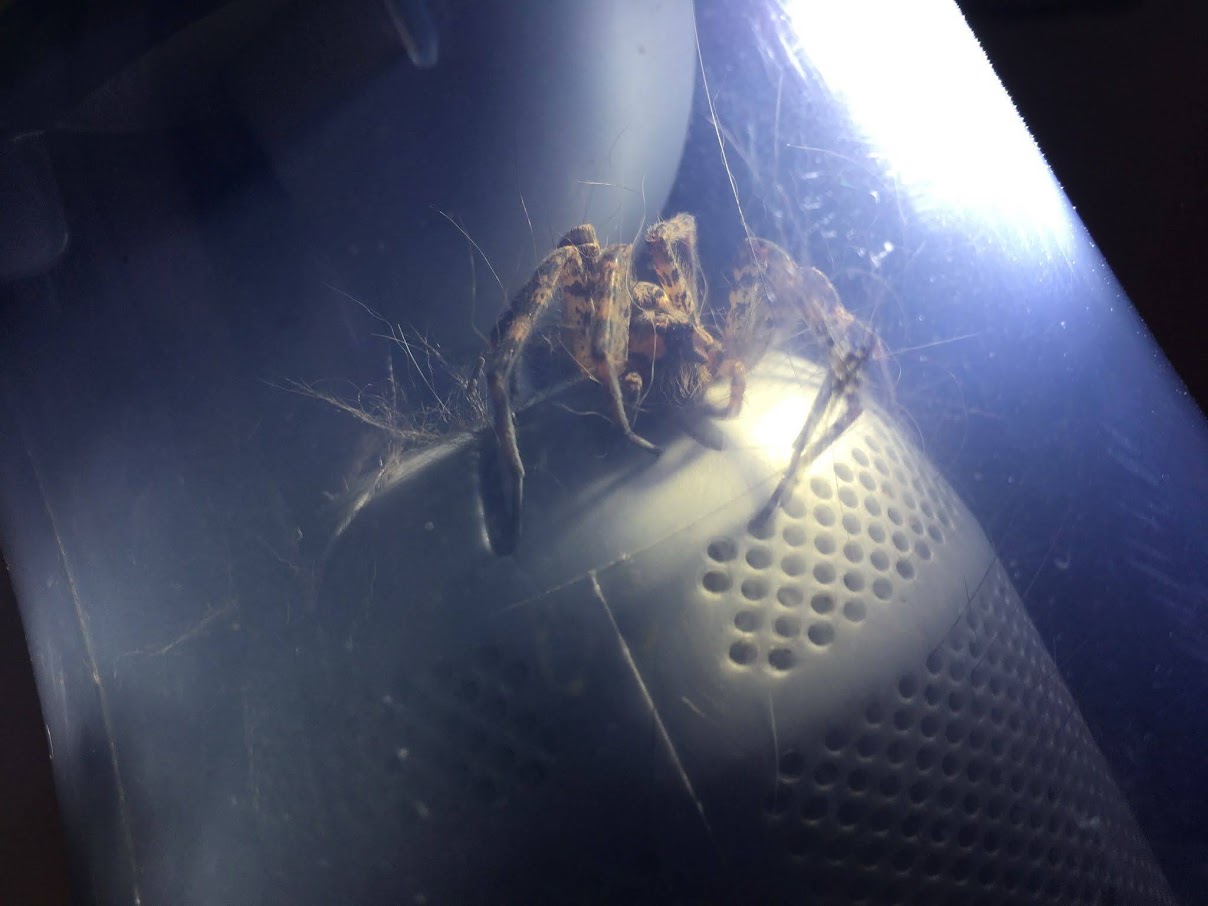 He was then humanely released, more or less, in the yard. 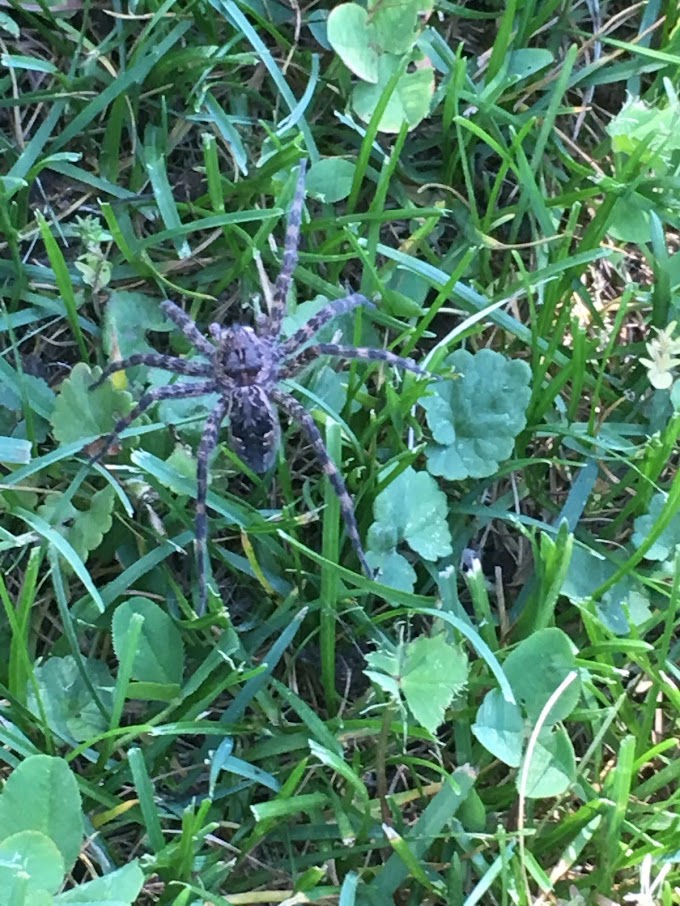 The verdict according to my friend Jay is that he is a dark fishing spider. Large and a little scary looking but relatively harmless. Or perhaps, given the size, I should say she. Females are twice the size of males in the fishing spider game.
C • Spider 2
4 PM

No trouble with the achilles per se, but the outside of the calf is quite inflamed.