Copying Greg, including the fall, but I didn't break an expensive pole so I guess I'm better off ;-)
9 PM

Keegan WILL love cats by the end of quarantine

15 minutes of abs with AJ and Julia, the rest of you are slackers

I got the stories of why no one was on the call yesterday (brief summary versions):

Jessica - fought a bear, and won, got jumped by three bandits and won, fell off a cliff and died

Kirsten - with her grandparents but then the family was swarmed by bees, died from the inflammation

Julia - hot day so she went and swam at an empty beach known for sharks, went to the supermarket, got home and ate cherries, but she ate a pit and died from cyanide poisoning

Alex - biking with music, road turned to dirt to jelly beans to a bunch of other candies, ended up in Candyland, fell asleep on a marshmallow, legend says she is still in Candyland but doesn't have any service

Keegan - went back to rerun and finish the Billygoat under 2 hours (which would beat Greg's time - not that he's run it...), Greg shoved him down a hill, Keegan kept running and Greg kept bothering him to slow him down, Keegan kicked a rock and broke his foot, Greg helped him towards the finish (was going to be slower than Greg's time), the two of them were trampled by a mammoth

AJ - went to Greg's for training, Greg got arrested for something (AJ, Keegan? Want to remind me?) AJ kept living at Greg's and training, AJ fell or something, and was lying under a frying pan dangling by a string, a cat (Gata) came up with a knife and cut the string, crushing AJ

They all finally up and left me... 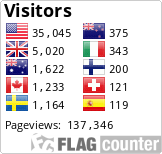